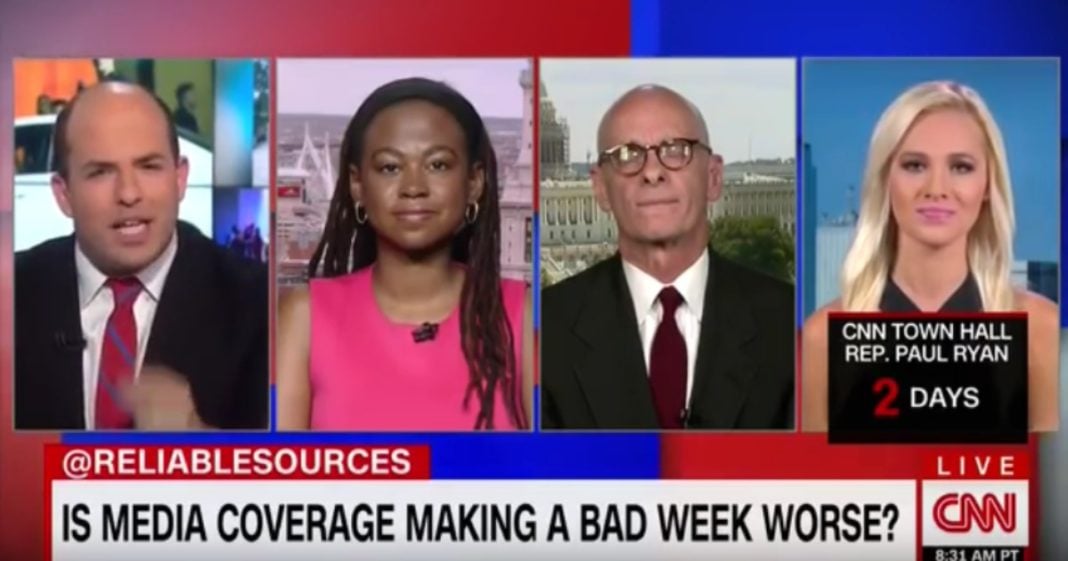 Though the words that come from her mouth are both ignorant and infuriating, we must give The Blaze star Tomi Lahren credit for her bulldozing style of argument where what she says doesn’t matter as long as it’s said with conviction and enough lipstick.

Lahren, who usually spends her time on an elaborate set (being The Blaze’s largest and only star) railing on issues like Beyonce’s Superbowl performance and calling the Black Lives Matter movement a “new KKK,” left her insulated studio on Monday to make an appearance on CNN where she was forced to face up to the divisive and reductionist language that has become a hallmark of her “journalism” style.

Last week amid the Dallas Shooting and other controversies concerning police brutality, Lahren tweeted out the message which called the Black Lives Matter movement the “new KKK.” The tweet has since been deleted, but it was this message which media critic David Zurawik took issue with.

“You did,” Zurawik interrupted. “You did go too far, Tomi. You did.”