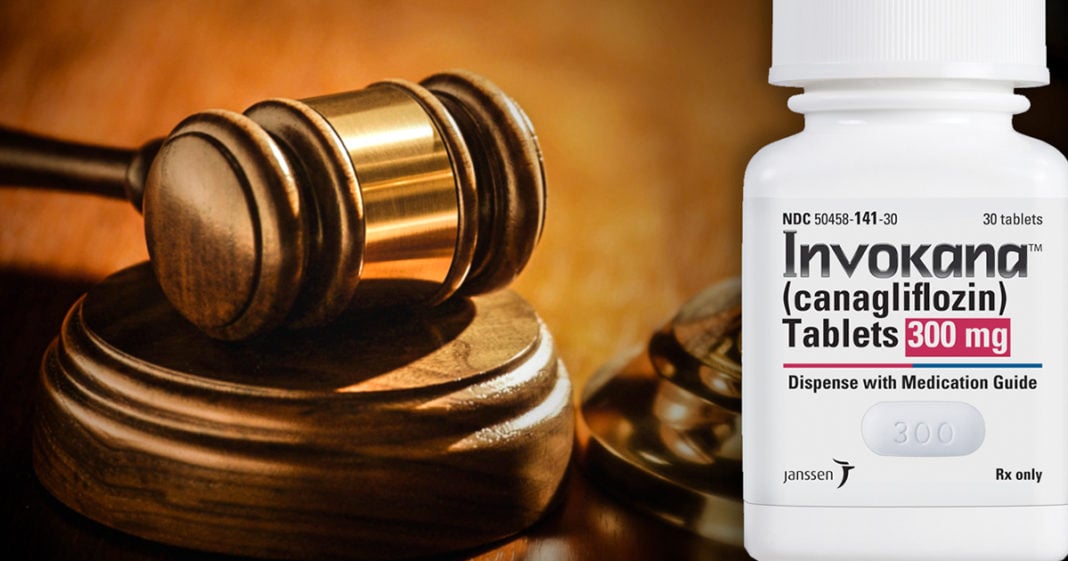 A blockbuster diabetes drug called Invokana has pulled in hundreds of millions of dollars for Big Pharma, but the FDA recently announced that the treatment is causing even more problems in diabetics.

Learn more about the dangers of Invokana here.

Papantonio: A blockbuster diabetes drug called Invokana has pulled in hundreds of millions of dollars for big pharma, but the FDA recently announced that the treatment is causing even more problems with diabetics, but the FDA are the people who allowed that to happen. Joining me now to explain what’s happening is Tim O’Brien. Tim, a dysfunctional FDA has allowed it to happen again. It seems like every week we’re talking about a new blockbuster drug that’s killing people by the blockbuster thousands. Invokana is no different.

O’Brien: Yeah, it is the caboose on the type 2 diabetes drug train that the FDA just keeps shuttling down the track. When you look at the history of what the FDA has done with these type 2 diabetes drugs, you got Avandia, that had heart attacks and strokes. You have Actos, bladder cancer. You have Byetta, pancreatitis and pancreatic cancer. Rezulin, you remember that one, liver failure. Now with Invokana, the latest in the type 2 catastrophe out of the FDA, there’s kidney failure and a condition known as diabetic ketoacidosis, a bad condition that can take your life.

Papantonio: Tim, you and I tried the Rezulin case out in Texas, the test case, God, I don’t know how many years ago. It seems like such a long time ago. We hit them for $48 million out there. The reason … When the jury came back and we talked to the jury about it, the jury was absolutely shocked that the company had not only covered documents up, had covered bad labs up, they had actually manipulated and changed the numbers on the lab tests. This is something we’re starting to see in all of the major pharmaceutical blockbuster litigation these days. I don’t care what it is. If it’s Xarelto we see the same thing. I know we’re going to see the same thing with Invokana. What’s your take?

O’Brien: It’s part of the dysfunction of the FDA. It’s a calculus that these drug companies engage in, and that is once you get past the approval process and you’ve got your billion dollar juggernaut going, it takes a lot of momentum, it takes a lot of public outcry, and it takes some activity from the FDA to either make a change or label or take the drug off the market. This calculus is all about let’s get it out there. Get the drug out there. Get it up to blockbuster status, over a billion dollars a year, and Invokana is already there. After 2 years on the market, it’s already over a billion dollars a year, and “When they come and make us do something, well, we’ve been out of the market, and we’ve made our several billions of dollars.”

Papantonio: How bad is it as far as shutting down people’s kidneys?

O’Brien: What the Institute of Safe Medicine Practice has revealed is there’s a several hundred percent more likelihood with Invokana versus other type 2 diabetes drugs outside of the class of you going through acute or chronic kidney failure. The problem is the way this drug works is rather than chew up or metabolize the sugar like all of the other type 2 diabetes drugs or classes are supposed to do, it doesn’t. It puts the body into an emergency excretion mechanism where the drug instead of actually using the sugar just urinates it out. The urination process is actually a mechanistic process. It’s an emergency mechanism, and so this drug, Invokana, is the only type of diabetes drug, this class is the only type 2 diabetes drug class that lets, by design, high blood sugar go into a very, very fragile organ, and that’s the kidney.

Papantonio: Okay, so same kinds of questions. Here they are. First of all, the company doesn’t really care that the FDA probably may or may not fine them, that they might be fined for this kind of conduct. Even if we prove our case, the FDA will come in and maybe slap them on the hand with a fine. The people who made the decisions about this, let me just predict, we’re going to find that they absolutely knew about the risks. They had marketing get involved. Marketing took the lead on everything, and marketing just told the scientists basically, “Go piss off. We’re going to do what we want to do.” Isn’t that basically what we see on every one of these blockbuster drugs?

O’Brien: It’s almost like a playbook. You got it exactly right. Here’s the thing about Invokana. We’ve been talking about kidney failure and we’ve been talking about that which the FDA finally caught onto, and that’s this condition known as ketoacidosis, but actually, Pap, this drug almost didn’t get out of committee, and here’s something that’s flying under the radar right now. When the ad comm, when these experts on the Advisory Committee actually looked at the clinical trial, they discovered in the very first month of the clinical trial for Invokana, when you looked at the people who were on Invokana versus the placebo group, in the Invokana group there were thirteen people who had had either a heart attack or stroke, and in the placebo group, it was one.

It almost didn’t get in the market. There was a majority vote that the investigators were concerned with this cardiovascular risk profile, and the FDA and Janssen’s negotiated a compromise where Janssen’s would continue to study, all the way into 2017 on the back of this billion dollar drug and really using folks as guinea pigs, the cardiovascular risk profile of Invokana. We won’t know what happens with respect to a heart attack and stroke warning until the very earliest the summer of 2017.

O’Brien: It is a two word answer, Pap, a two word answer that summarizes how and why the FDA has gotten so lazy, and it’s called surrogate markers. What the FDA does now, it no longer looks at, is this drug really helping you not have a heart attack, really helping you not go into kidney failure, really helping you stay out of the hospital? Instead it looks at a surrogate marker, so it doesn’t even examine over a long term period, what is the benefit in terms of preventing heart attack? What is the benefit of preventing blindness or preventing kidney failure? Instead it looks at a test, one test, the hemoglobin A1c, and as long as those numbers are correct, the way the FDA thinks they should be, then they rely upon that.

They lie under that umbrella and say, “Well, the surrogate markers are good. Therefore we’re going to assume that all of these other downstream effects that we don’t want to have happen to people won’t happen to people because the surrogate markers are good.” Expert, after expert, after expert who knows anything about pharmaceutical trials knows that surrogate markers are number one, misleading, and number 2, what you’re really trying to do is prevent things of clinical consequence like heart attacks, like strokes, like diabetic ketoacidosis. These clinical trials, the FDA lets them go on without measuring, without really demanding a result in the clinical outcomes.

Papantonio: When you add to that the fact that it’s big money for the people working in the FDA because they go out and they go to work for the very companies who’ve they’ve given permission to, they go to work for the very people they’re supposed to be regulating, and the reverse of it is true. The drug industry puts their plants inside the FDA. It is totally dysfunctional. Tim, make sure you bring these people down. Tim O’Brien, thank you for joining me.