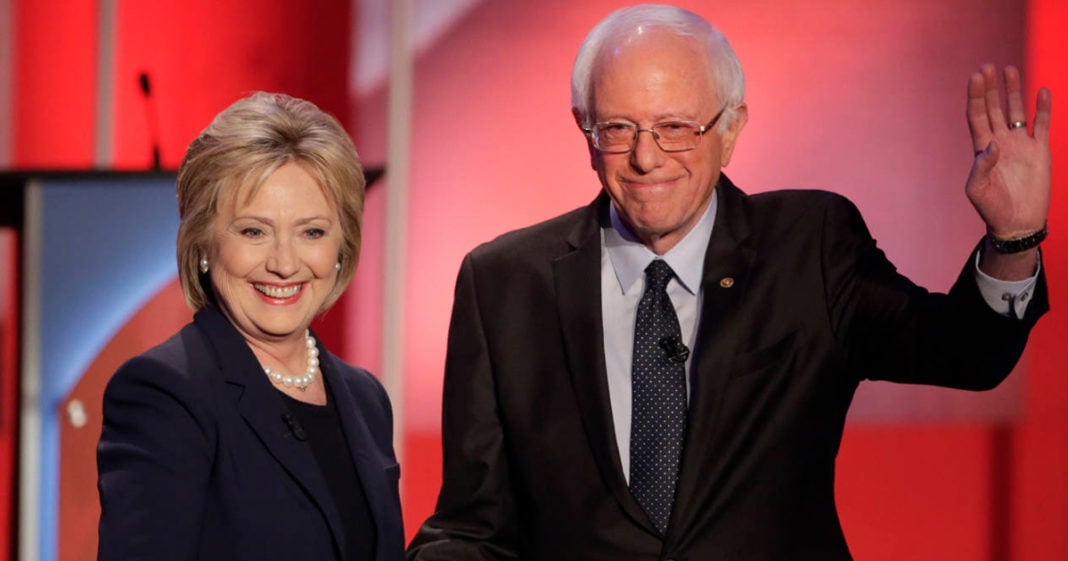 It’s finally happening, folks. The last and final nail in the coffin about whether or not, in some tiny way, Bernie Sanders could somehow still be the Democratic nominee.

Both campaigns have announced that the two candidates will be campaigning together on Tuesday to discuss where the Democratic party will go from here.

A joint statement released by both campaigns states:

“On Tuesday, July 12, U.S. Senator Bernie Sanders will join Hillary Clinton for a campaign event at Portsmouth High School to discuss their commitment to building an America that is stronger together and an economy that works for everyone, not just those at the top.”

Many who have speculated for weeks that Bernie Sanders will soon endorse Clinton say that Tuesday will be the day.

The timing seems right as both progressive champion Elizabeth Warren and Democratic president Barack Obama have both made appearances on the campaign trail for Clinton in recent weeks.

Though many will no doubt be disappointed to see Sanders standing at Clinton’s side, if they had been paying any attention to Sanders throughout this election, they would have seen it coming.

Sanders has never suggested that he would run independent and has again and again said that the most important goal is keeping Donald Trump elected – and if that means he has to encourage voters to cast a ballot for Clinton, then so be it.