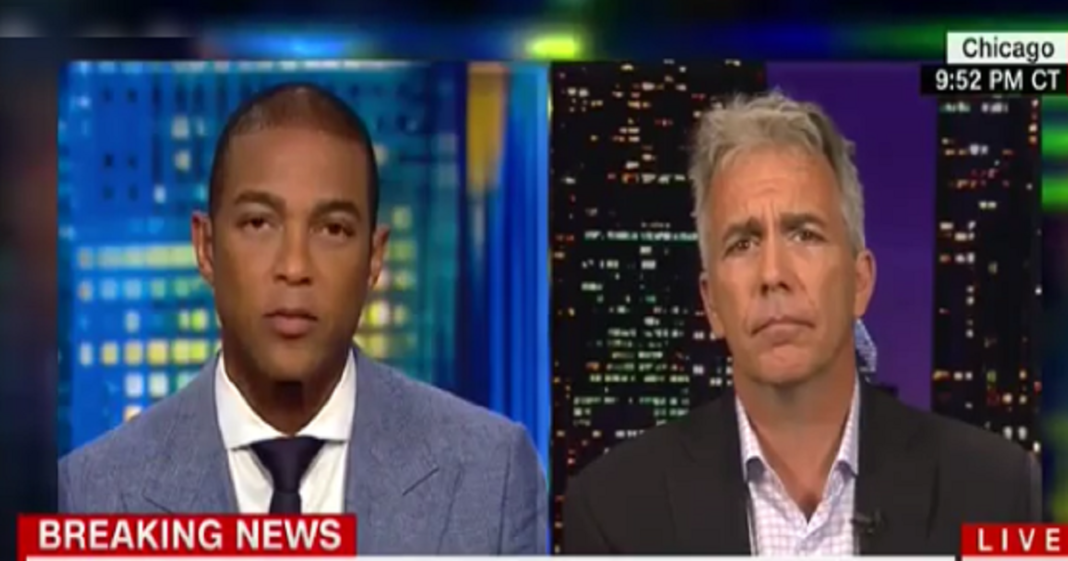 Rather than using his hateful comments as a reason to never again allow him to grace their network, CNN decided that racist Joe Walsh deserved a bit of prime-time corporate news air to explain why he has been making headlines this week.

CNN is apparently in favor of giving the most hateful among us their 15 minutes in the spotlight, after all wasn’t CNN the network to snatch up Trump campaign manager Corey Lewandowski the minute his orange overlord gave him the boot?

In response to the Dallas shooting of multiple police officers, Walsh sent out a tweet which was so terrible, Twitter reportedly took it down. 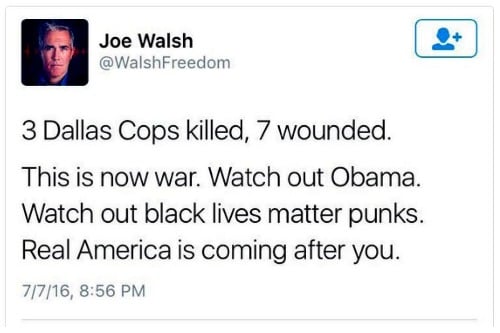 Then on Saturday, CNN invited the hateful man on the show to give him a bit more spotlight.
Watch.