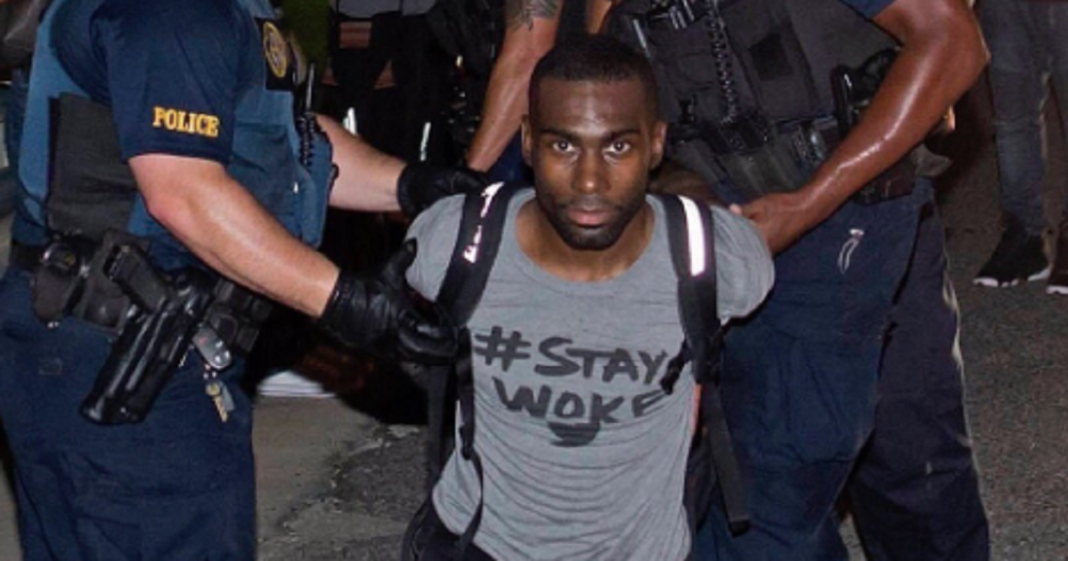 It was clear that when protesters assembled in Baton Rouge, Louisiana on Saturday evening, local police had no intention of letting them protest peacefully.

A young woman named Sapphire Williams was participating in an interview with TWC News when she was ambushed by officers and carried off in handcuffs.

All told, around 100 protesters were arrested and held overnight by police. By Sunday morning, reports say that those protesters have been released.

This incident is clearly a complicated one as it is a clear violation of constitutional freedoms for Americans to be able to protest, but officers are no doubt completely on edge concerning concentrations of protesters considering what happened in Dallas earlier this week.

The protest was being held in Baton Rouge and similar protests were held all over the nation in response to the police executions of two men, on in Louisiana and the other in Minnesota.

Luckily no one else died during the protest and unconstitutional rounding up of protesters by police, but this is not at all the way our Democracy should be functioning.

Watch the video of Sapphire Williams getting arrested while being interviewed by the media.

Doing an interview and suddenly she is arrests @TWCNewsROC pic.twitter.com/EjWSoDNSTD