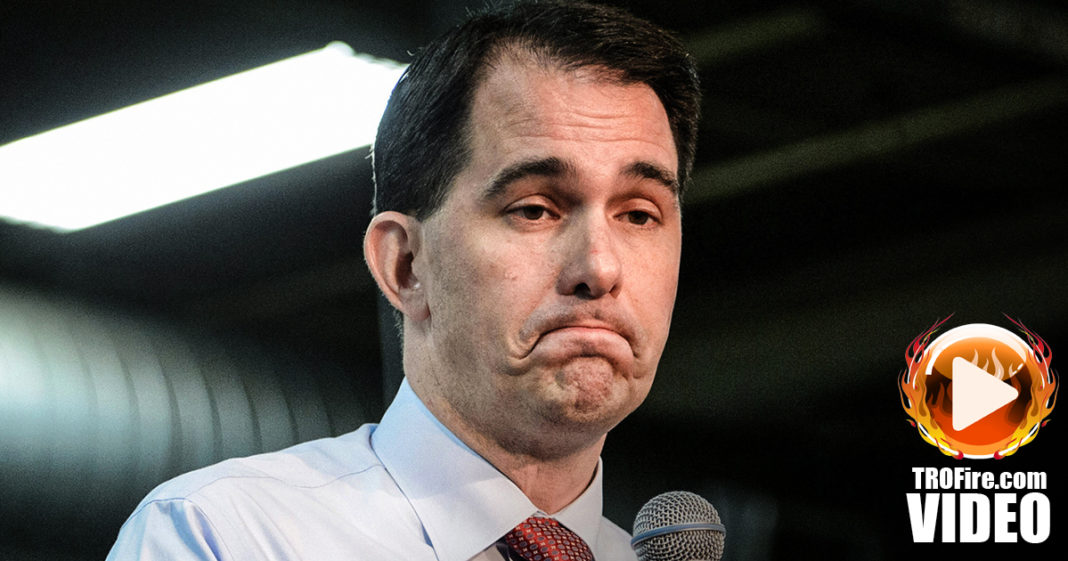 Farron Cousins: Scott Walker, Republican governor of Wisconsin, Koch brothers favorite politician and failed presidential candidate, is continuing to destroy the great state of Wisconsin. When he first came into office, he enacted massive tax cuts for the top 1%. In fact, 78% of those tax cuts went to people making more than $1 million a year. The idea, as usual with all Republican economics, was that if we cut taxes for the top 1% in Wisconsin they’re going to turn around and invest that money right back into the state.

Therefore we’re going to have job growth, we’re going to have a stimulated economy, everything in the state of Wisconsin is going to be great because we gave more money to millionaires. That’s what Scott Walker sold when he ran for election because that’s what the Koch brothers told him to sell. As it turns out reports are showing us now, no, the state of Wisconsin is doing pretty bad compared to the rest of the country. Job growth in the state of Wisconsin is below the national average. A wage gap just as big if not bigger than national average. We’re looking at a state whose economic growth is well below the economic growth of the country as a whole and it is because the tax breaks that Scott Walker gave to the top 1%.

That money is not going back into the Wisconsin economy. It’s going into banks. It’s going into trust funds. It’s going to buy yachts and second homes down in Florida or California. It’s not going into Wisconsin. Do you know why? Because trickle-down economics has never worked and it will never work. Even David Stockman the man who invented trickle-down economics says, “Yeah, it was a stupid idea and in practice there is no practical way that it could ever work.” That’s from the guy who invented it.

You know what? Republicans like Scott Walker and Sam Brownback, what he did to Kansas, they will never stop this because they don’t actually care about economic growth. What they care about is giving handouts to the wealthy 1% because that 1% is going to turn right back around and give it to the Republican politicians. That’s why they’re going to continue to do it even though they know that it will never, ever work.