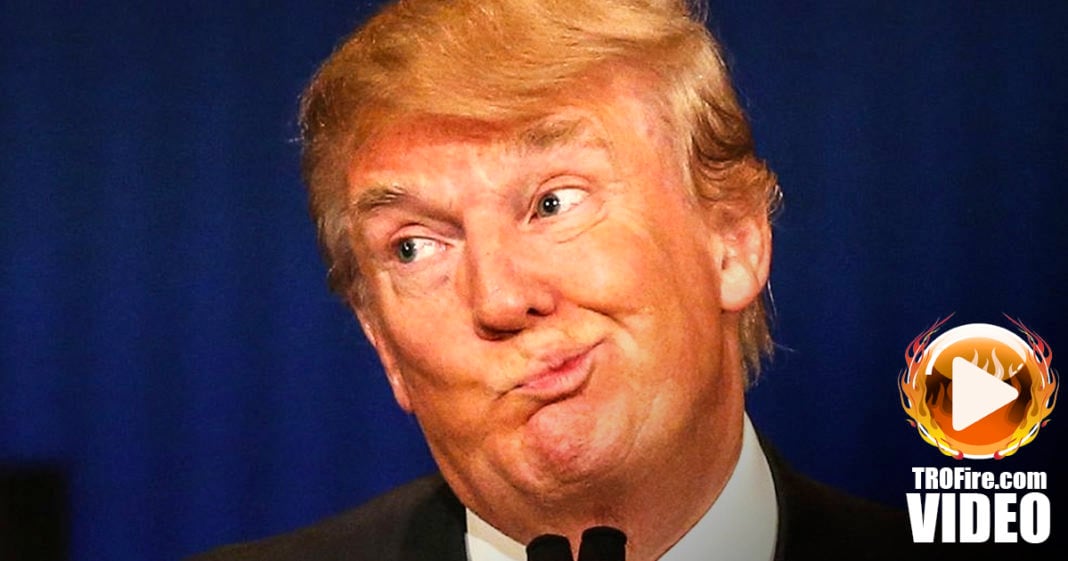 Donald Trump is telling crowds that he’s the “anti-establishment” candidate, but that just means that he lacks any political experience.  Trump is a con man trying to sell himself to a broader audience, but the American people aren’t stupid enough to buy what he’s selling. Ring of Fire’s Farron Cousins discusses this.

Donald Trump is still out on the campaign trail telling America that he is the anti-establishment candidate. He may be true in one sense and that is that he has absolutely no political experience to speak of, whatsoever. Yeah, maybe he is the anti-politician politician but when you think about, who really runs the government? Is it the actual politicians or is it the people funding their campaigns meeting in secret with him?

I happen to think that it’s the latter. If that is the definition of establishment, then Donald Trump has been part of the establishment since at least the 1990’s. This guy met with the Clinton’s. He met with the Bush’s. He met with everybody. He knew everybody in Washington had no problem giving him money. He would go to their weddings. This guy has been an insider in politics for too long and ironically still knows absolutely nothing about politics.

Nevertheless he’s out there trying to sell himself to the Republican base as this anti-establishment candidate. Even more disgustingly he’s actually trying to recruit Democrats over to his side specifically the Bernie Sanders supporters by saying that, “Look I’m the anti-government guy. I’m not a big politician. I’m not in the pocket of any industry so come vote for me. You supported Sanders, I’m kind of the same thing.”

This is insulting. It’s dishonest and like most things Donald Trump does, it’s just a big con. There is no question that Donald Trump could easily be the most dangerous president we have ever had in the United States. It’s because for one, he cannot be trusted at all. Look, George W. Bush was untrustworthy by far, but Donald Trump is even worse than that because he doesn’t even know what he’s saying and for him to come out and pretend to be this populist candidate, this anti-trade candidate, it’s a total load of BS.

The only thing he understands is money. The only thing he wants to get out of a White House run is money. You know what, the United States is a hell of a lot more than just money. It’s foreign policy. It’s domestic policy. It’s not about reducing deficits. It’s about supporting an entire economy that actually works for the American people and not against them. Donald Trump doesn’t understand that. All he understands is how to put more money in his pocket no matter how badly it screws over everybody else.

That’s why we’re getting sold this big con job of him being the anti-TPP, anti-establishment candidate. I promise you if you fall for that lie, it’s not going to end well for anybody.