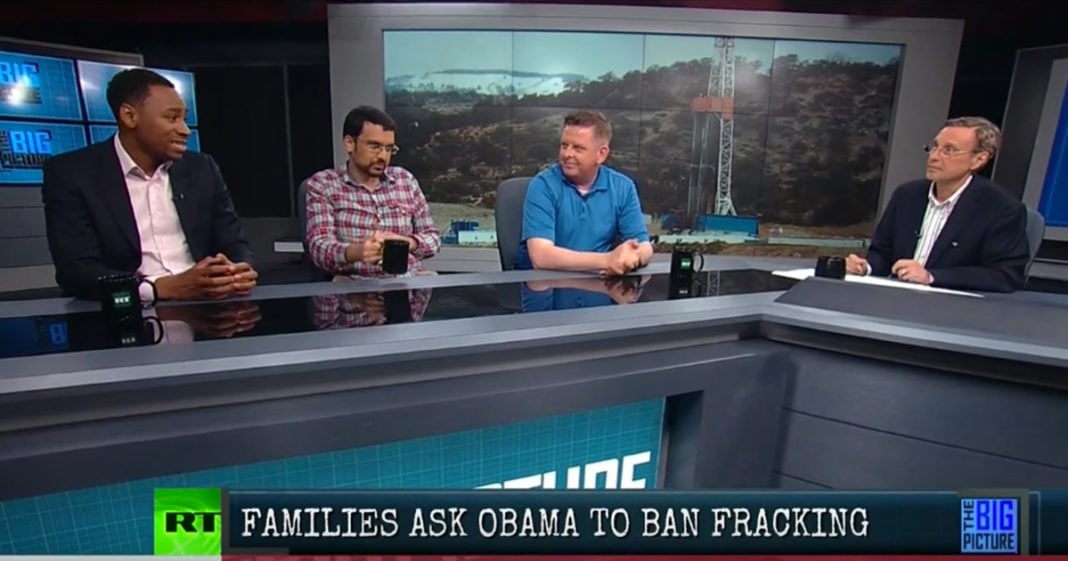 Over 100 families affiliated with the group Friends of the Harmed have written a letter to president Obama demanding a meeting with him and the EPA to discuss their concerns about how fracking has affected their lives. The signatories of the letter include people who’ve seen fracking earthquakes destroy their houses – their drinking water contaminated – and their farms ruined. Gianno Caldwell, Zaid Jilani, & Neil McCabe, Breitbart join Thom Hartmann to discuss this.