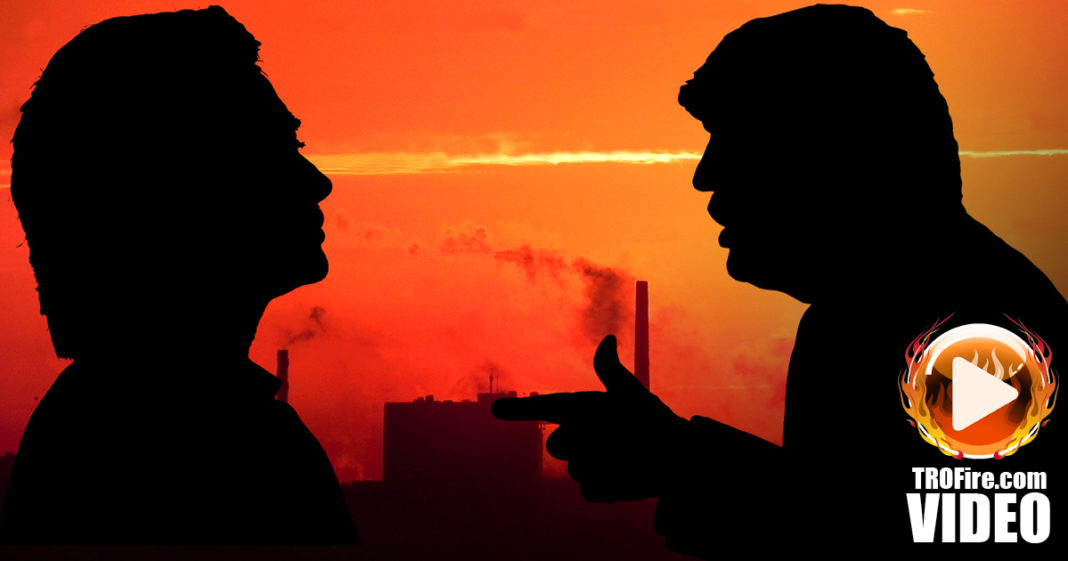 Discussion of climate change has almost completely disappeared from the presidential election, even though we’re breaking temperature records every month. Ring of Fire’s Farron Cousins discusses this.

New reports are out saying that June, this past June was the hottest June on record since the time the temperature taking began. What this means is that the last 14 months at least on record have been consecutively the hottest month of that month on record. May was the hottest May, April was the hottest April and so on and so forth all the way back to last April. Now, the reason this is important is because discussion of climate change has all but disappeared from this year’s presidential election.

Hillary Clinton is not out there discussing climate change the way she needs to be. Donald Trump on the other side doesn’t even think that it’s a thing. Most of the people who’ve run for president as a Republican do not believe scientists when they tell us that the climate is warming up, but the data is getting a little bit harder and harder to ignore at this point.

You cannot continue to whitewash this and say that it’s not a problem or that it’s just part of a regular warming circle that the planet goes through. We are a planet in crisis right now and nobody is doing anything about it, that’s the scariest part we are not doing anything. President Obama is not a climate champion. He’s enacted a couple laws that are pretty good at reigning in carbon emissions but at the same time he has allowed more domestic oil and gas exploitation than any other president in U.S. history.

We have more domestic oil drilling today than we did during the Bush administration and Bush came directly from the oil industry and this is under a Democrat. Look, climate change cannot be a partisan issue, it can’t. For some reason it is because Republicans refuse to accept science and the Democrats who say that climate change is real and that we need to do something like President Obama, they do nothing. They talk out of both sides of their mouth, they say, “Yeah we got to do something,” and on the other hand they say, “Yeah you know what? Oil industry I’m going to give you a lot of gifts just hang tight with me for just a second.”

This isn’t acceptable anymore. Temperatures are getting hotter, winter could be disappearing according to scientists and we’re just going to sit back and continue with unlimited carbon emissions, doing nothing hoping the problem just fixes itself? That’s not going to happen, it’s time for action and I don’t think we’re going to get that from Hillary Clinton, I know we’re not going to get that from Donald Trump and we certainly haven’t gotten it from President Obama.

What we need is for citizens to get out there and get active and demand change because the few times that we have had any kind of meaningful action on climate change has all been from citizen action, citizen engagement. People getting out there, getting angry and saying, “It’s time to stop this and do something” but until the people stand up our politicians are just going to keep burning downing the planet.