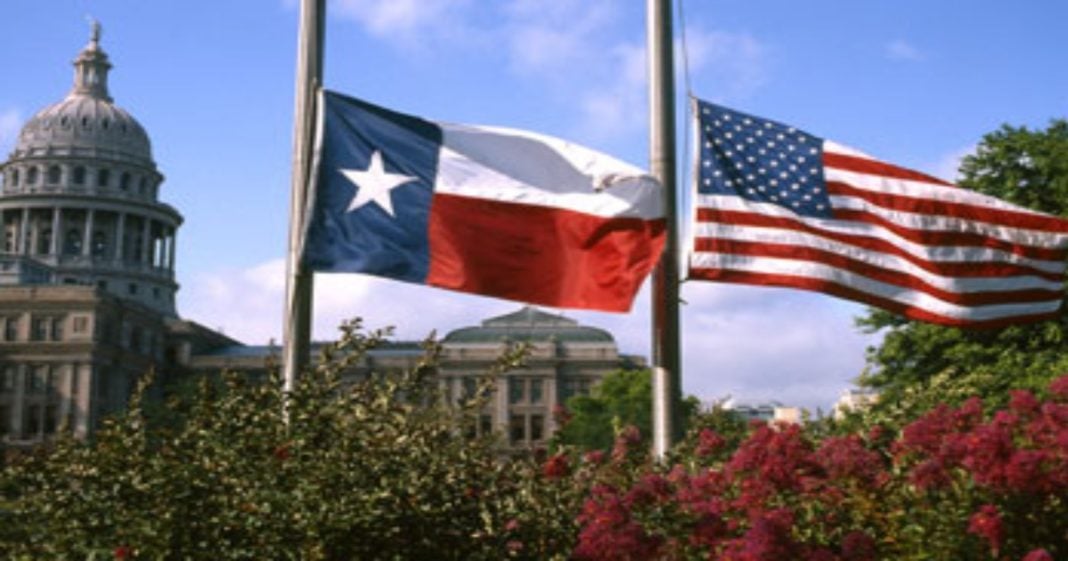 Tensions in America have heightened significantly after the sudden attack on police officers in a sniper shooting in Dallas on Thursday evening amidst a peaceful protest.

All told, 11 officers were injured by the gunfire, 5 officers died, and 2 civilians were also injured.

The protest was being held in honor of two lives lost this week to police brutality, and reports say that the shooters came from a parking garage nearby, rather than from the active, mourning crowd.

Those who live in the Dallas area say that the Black Lives Matter movement which was leading the peaceful protest have a close and amicable relationship with Dallas PD. During the same evening when these officers’ lives were lost, police posed with protesters in photos, smiling.

Two suspects were taken into custody and another was killed by police via a detonated bomb device.

One man, who was legally open carrying during the event, was mistakenly identified by police and the media as a suspect, plastering his name all over the internet and his photo all over television screens.

We will no doubt hear a great deal about what the killers’ motives might have been and the difficult politics of gun reform, police brutality, racial relations, and more in the coming days.

For now, all many can do is mourn over the senseless slaughter this week, both for the men gunned down by police, and the officers killed for the uniform they wear.