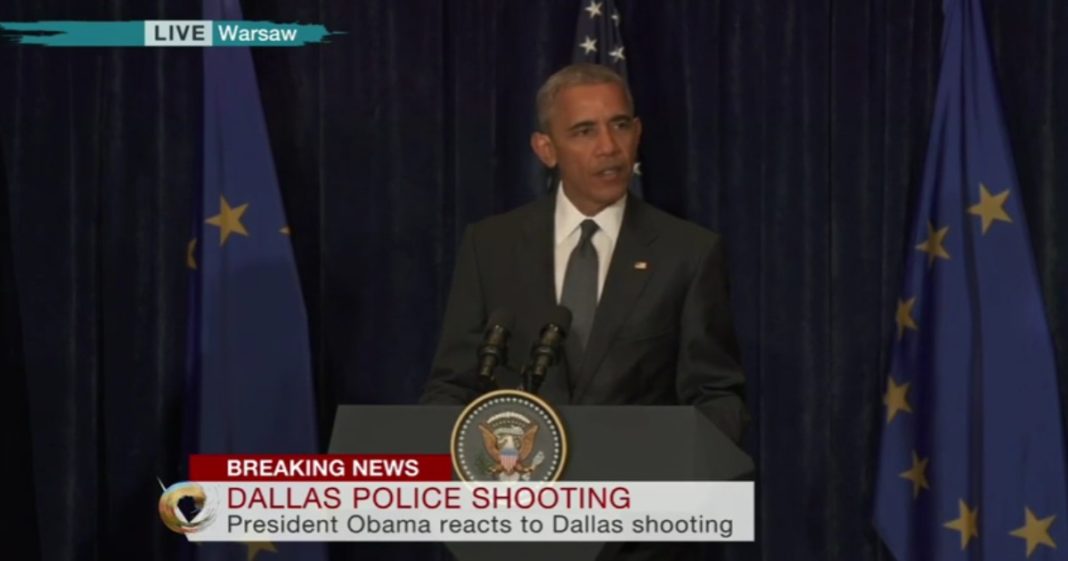 Speaking from Warsaw, Poland where he was previously attending a NATO summit, President Barack Obama addressed the attack on police in Dallas on Thursday evening.

The president offered a somber address, referring to the murder of 5 officers as “senseless.”

“There is no possible justification for these kinds of attacks or any violence against law enforcement. Anyone involved in the senseless murders will be held fully accountable. Justice will be done.”