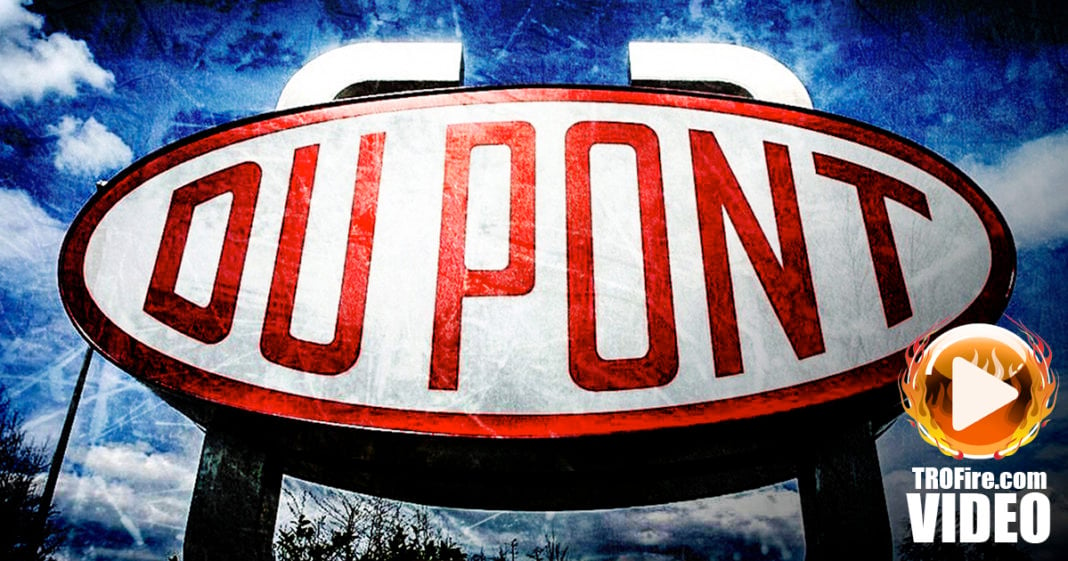 This week, a jury found that DuPont acted maliciously when they decided to dump a cancer causing agent into the Ohio River without warning the public of the dangers, and DuPont was slapped with a $5.1 million penalty.  There are still 3,500 cases left to try, but if the first two verdicts are any indication, DuPont will be in for a rough couple of years. Ring of Fire’s Farron Cousins discusses this.

Earlier this week, the jury in Columbus Ohio rewarded a plaintiff 5.1 million dollars in a lawsuit against DuPont because the company had been releasing a chemical know as C8 into the Ohio river. Those affected by it, over 3500 different lawsuits, had developed certain types of cancers. In this particular case, the plaintiff had developed testicular cancer that was directly linked to DuPont’s C8 chemical.

What’s so interesting about this particular case are the documents that have come out of it. We know now that it took 53 years from the time the company classified C8 as a toxin to the time they stopped dumping it in the Ohio river. This isn’t something that was done a long time ago. In the year 2014 is when they finally stopped dumping this chemical into the Ohio river. At that time, they had known for almost twenty years that exposure to this chemical caused cancer.

They kept this information from the public for as long as possible. DuPont’s conduct in this case is very typical of what we see from corporate america, time after time. We’ve seen it with the chemical giants Monsanto, we see it with big pharma, we see it with the oil industry. We see it all the time. Here’s why this matters. These same corporations: DuPont, Dow, Monsanto, Exxon, Pfizer. They’re pulling the strings of our government by funding campaigns, by funding politicians.

What’s really disturbing is that these politicians have absolutely no qualms about taking money from these potentially criminal organizations. These are companies that have absolutely no regard for human life. The only thing they understand are dollars and the power that they get from those dollars. That’s why this verdict this week, and the remaining 3500 lawsuits, are so important. That is the only way to hold corporate America responsible. God knows the politicians in Washington, because they’re bought and paid for, aren’t going to do a damn thing about it.

Learn more about the dangers of C8 here.