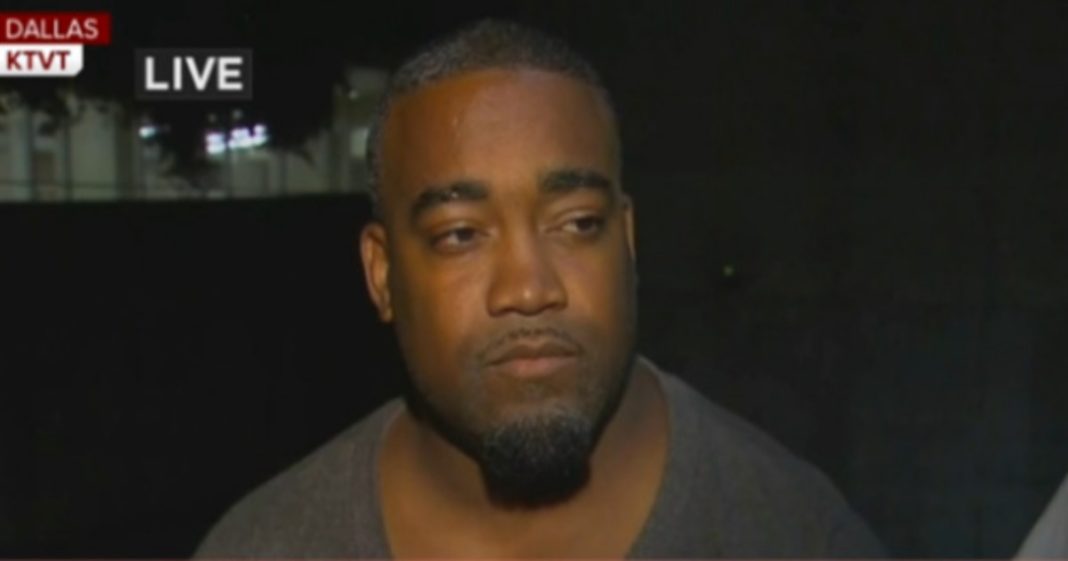 Yet again, a lawfully carrying black man has been punished for exercising his Second Amendment rights.

Mark Hughes was attending the protest in Dallas on Thursday evening while openly and legally carry his firearm. Hughes is an advocate for open carry, and this was likely not the first time he had appeared in public with a long rifle slung over his shoulder.

Two hours after the shooting of police officers during a protest, Dallas PD posted his photo online and listed him as the first suspect.

Hughes’ photo was retweeted 39,000 times and was seen by hundreds of thousands more.

In addition to the online witch-hunt, Hughes’ description was used during a press conference by Dallas Police Chief David Brown who described an African American man wearing camouflage and carrying a rifle. Brown said that witnesses identified the man as being “involved in the shooting in some way.”

Hughes says that he was told by a friend that police were searching for him, he quickly took off his camouflage shirt and turned his firearm into the first officer he could find.

Hughes and his brother who was also present were interrogated by police until early in the morning before being released. Dallas Police released a follow-up tweet clearing Hughes’ name, but the damage has already been done.

Hughes says his social media accounts have been overrun with death threats and hate speech. Hughes says that he feels unsafe walking the streets and worries about what could have happened to him during the time police mis-identified him.

“It was persecution on me unrightly and I feel that they need to do something about that.”