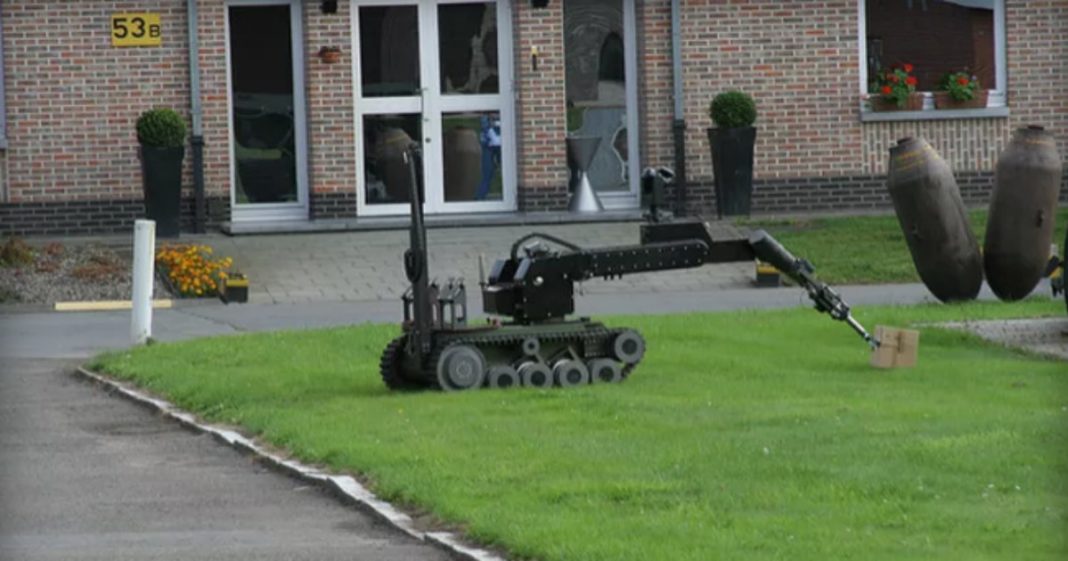 In an unprecedented action, Dallas police used a bomb disposal robot to detonate a small bomb in the location of one of the Dallas Sniper suspects, killing the man.

This is the first time that U.S. police have used a robot in order to execute an American, though U.S. troops have used the tactic informally and unofficially in Iraq.

The type of robot used is typically utilized for surveillance, tracking and opening suspicious packages, taking apart and disabling bombs, and occasionally using a smaller explosive or jet of water to detonate a bomb far away from where it can harm human life.

The robot was not designed or intended to be used as a weapon against people.

Police claim that their negotiations with the suspect had deteriorated, and they felt that using the bomb robot was their best and safest choice. The other options were to put officers in danger or wait it out, and they clearly didn’t like either of those options (though only the first option was a reasonable thing to try to avoid. What harm would it have done to keep trying to obtain the suspect alive?).

Many are understandably nervous about the method used to kill the suspect as it is a step toward the sort of killer robots featured in your favorite dystopian movies and books.

The difference between robots designed to kill and this robot is that a human controlled the robot’s movements the entire time. In this way, it is similar to a drone, which the U.S. uses in other nations to take out enemies frequently.

We can only hope that this will be the first – and last – time that we see a citizen executed via robot, but will anyone be surprised if this becomes much more common rather than rare?