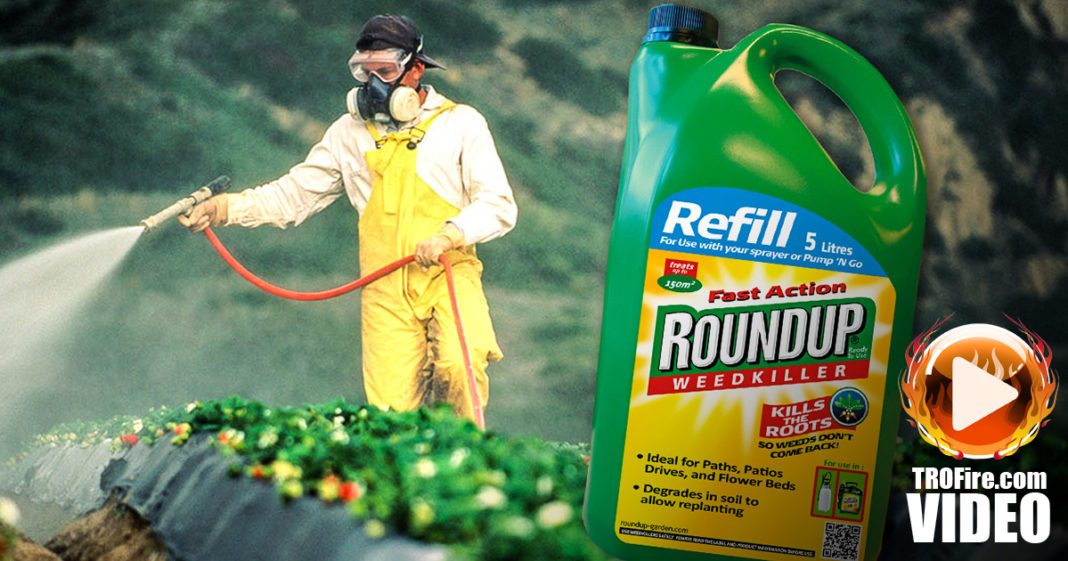 Last year, a panel from the World Health Organization (WHO) came to the conclusion that glyphosate, the main chemical component of Monsanto’s popular weed killer commercially known as RoundUp, was a “probable carcinogen.” Their decision was based on the mounting scientific evidence that proved the chemical caused cancer in lab animals, in addition to countless other conditions, and the reason for mounting litigation against Monsanto.

But a few months ago, a WHO panel with the United Nations published a report that appeared to conclude that there was no link between glyphosate and cancer.

Great news everybody. A new panel from the UN and World Health Organization tells us that do not worry, glyphosate, the main chemical component of Monsanto’s Roundup, do not worry, this stuff does not cause cancer. At least, that’s what all of the headlines today are telling us. Unfortunately, it doesn’t appear that anyone who wrote any of those stories took the time to read the very short six-page report from the panel.

First of all, the panel based their decision on research that was submitted to them. They conducted no research of their own, nor did they contract any scientists to do the research for them. Whatever was submitted is what they used. Here’s the big thing that every single media outlet is missing today: it’s not the fact that it doesn’t cause cancer, it’s the fact that they think it may not cause non-Hodgkin’s lymphoma only. Again, look at the headlines. “Unlikely to cause cancer.” Of all of the things that Monsanto’s Roundup and glyphosate can cause, this panel looked for one thing, non-Hodgkin’s lymphoma.

Even on this outcome, I hate to disagree with science, but they’re absolutely wrong because all of the independent investigations and studies done by real scientists who aren’t working for the industry say that yes, non-Hodgkin’s lymphoma is possibly, probably linked to exposure to glyphosate. That’s just a small piece of the puzzle. This new panel or report that’s come out doesn’t look at the neurological effects caused by glyphosate. We know from studies that it’s been linked to ADHD, that it is linked to autism, because what happens is that this chemical, which is so prevalent, gets into the food, which is taken in, and what happens when a pregnant woman eats that is when the glyphosate gets into the fetus it starts messing with brain development. It prevents neurons from forming properly. It prevents myelination in the brain, which is directly linked to autism.

This panel, looking for one specific disease based on a select amount of research, should not be given any credence when we have all of this other research that says yes, glyphosate is linked to at least 15 different conditions, birth defects, Parkinson’s disease, Alzheimer’s disease. They aren’t looking for those. Breast cancer, other forms of cancer, brain cancer, but no, look what the media’s doing with it today. The media, by the way, that gets millions of dollars every year from Monsanto in advertising. They’re out there doing Monsanto’s work for them by saying that this stuff was just found by the UN to not cause cancer, which is an absolute lie and a misrepresentation of what is in that new panel report. Non-Hodgkin’s lymphoma was the only thing mentioned in that report, and even that is a bit spotty.

Right now, there are honest journalists out there who are looking into the industry ties in the research that the panel used, and I guarantee you we’re going to find out that the research used by that panel was funded, at least in part, or has some kind of ties to Monsanto, because that’s the kind of dirty tricks that they pull. Monsanto’s already been found to have falsified data relating to glyphosate and the cancer-causing agents within Roundup, but hey, listen to the corporate media if you want. According to them, this stuff is almost safe enough to drink.

Learn more about the dangers of Roundup here.