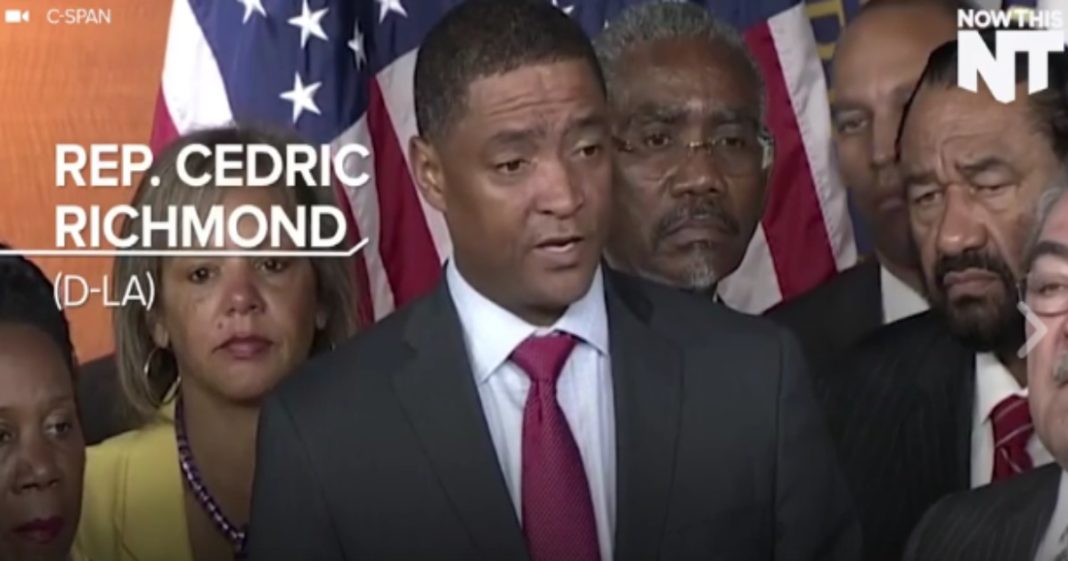 In a strong official statement on the National Rifle Association, a black congressman said that the recent police killings and the NRA’s silence on those killings proved an important point about the gun organization.

Representative Cedric Richmond (D-LA) held a press conference on Friday to address the recent shootings against two black men, Alton Sterling and Philando Castile, by police. Richmond expressed frustration about the fact that though Castile was a lawful gun-owner, the NRA has remained silent on his murder.

“One of the young men had a conceal-carry weapon, a permit and weapon which [the NRA] advocate[s] for. How do you advocate for that and then you watch the result of it? With a young black man who says ‘I have a permit,” which you advocated for and you sit by quietly?”

Then Richmond gets to the powerful heart of the issue concerning Castile’s gun-ownership and its role in his death:

“The last few days have clarified it for me that their Second Amendment concern is void of concern for African Americans.”