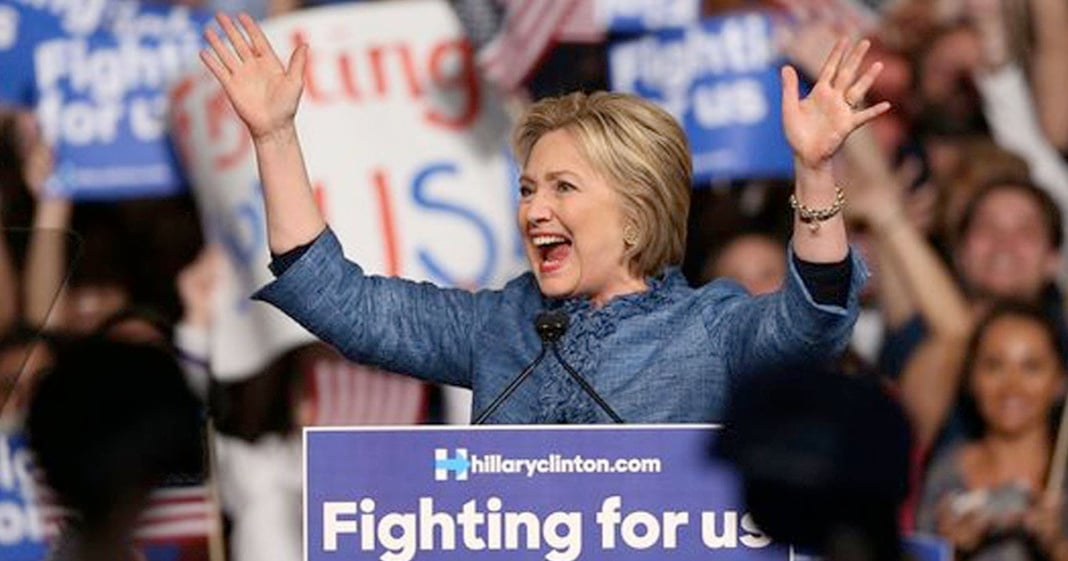 Hillary Clinton is starting to tack left on several important issues, but is this just a campaign trick or has she actually embraced populism? Ring of Fire’s Farron Cousins discusses this.

Hillary Clinton has announced that she has a plan for debt-free college for American students and that is phenomenal. That is a change from her previous position to make college more affordable, but really didn’t address the student loan crisis in this country. It’s obvious that she’s tacked to the left on this issue as a result of running against Bernie Sanders, as she has actually done on several other issues. Here’s the big question and the thing we need answered and unfortunately it’s not something that she actually can answer at this moment. It is, can we trust her to stick to it? I think that’s a problem that a lot of the true progressives in this country have is, yes she can say these things all day long, but is she actually going to stick by it?

It’s one thing to become elected president and not be able to get these things passed, as long as you try and show that that is who you are. It is another to roll over on issues and to just give up and go with the corporate mentality that is dominating Washington D.C. Unfortunately, that’s what we’ve seen from President Obama and that’s why a lot of Democrats right now are kind of tired of it. They want a way out and Bernie Sanders was that way out. He had a record that we could look back on and see how progressive he truly was and the fact that he never called himself a Democrat. He was a registered Independent. That just kind of made it more appealing. He seemed more trustworthy.

It is great that Hillary Clinton is tacking left on a lot of issues. Unfortunately, the progressive base of the Democratic party still does not quite trust her and they shouldn’t. I don’t believe that any politician should be blindly trusted, but that’s what separates the corporate democrats from the true progressives. Hopefully, Hillary Clinton will stick to her guns here. She will stay progressive and continue to move left on very important issues. Unfortunately, we can’t know if she’ll hold those promises unless she gets elected. If history is any indication, I don’t know that we really should trust her on this.