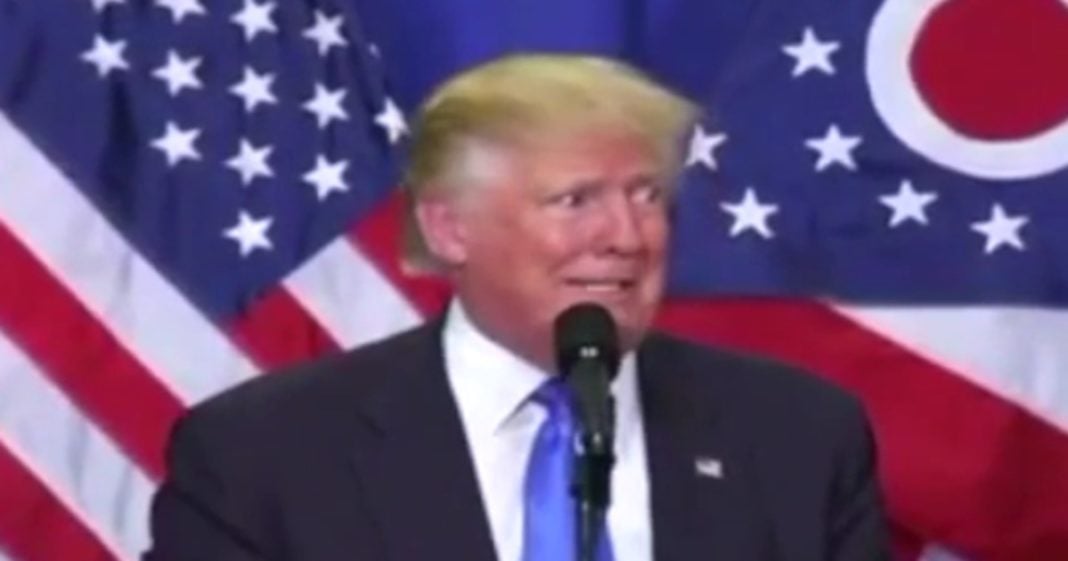 We get it. You’re tired of hearing about Trump and you’ve almost convinced yourself that he’s not so bad after all.

All of the literal hundreds of horrible things he has said and done are just turning into one big blur, and at this point, he actually could shoot someone on Fifth avenue as he once bragged and most would only shrug their shoulders.

Not deterred by his horrific racism and sexism, nor his frequent Antisemitism and Islamophobia?

Then at least let yourself be totally weirded out about the way he handled a mosquito at a campaign event on Wednesday. This guy isn’t presidential material, he’s 4-year-old toddler material at best.