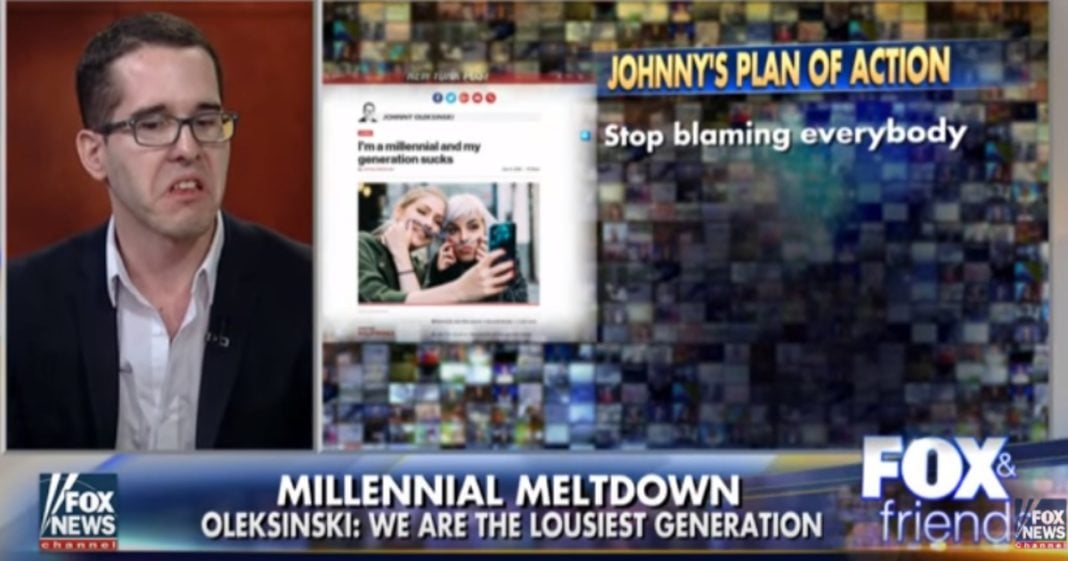 At the Fox News Network, they’ve got a majority of old geezers turning on their programming daily, so to a certain extent, it does them good to cater to the geriatric crew.

One way the network can appeal to the elderly is by reassuring them that their beliefs about how terrible the younger generations are is absolutely true and not at all a biased generational rite of passage.

How do they do this? Well just like they enjoy bringing on the token black guy to explain away Black Lives Matter and other important issues in the POC community, Fox News brought on a certified young person who believes that other young people are just the worst.

Johnny Oleksinski was picked up by Fox for writing an article in the New York Post titled “I’m a millennial and my generation sucks.” Ooh so edgy, right?

His name is Johnny, for Christsake, he’s a geriatric fever dream of the perfect young person.

He’s not the first person to capitalize on the “whoa, he said that?” media hype, and he certainly won’t be the last.