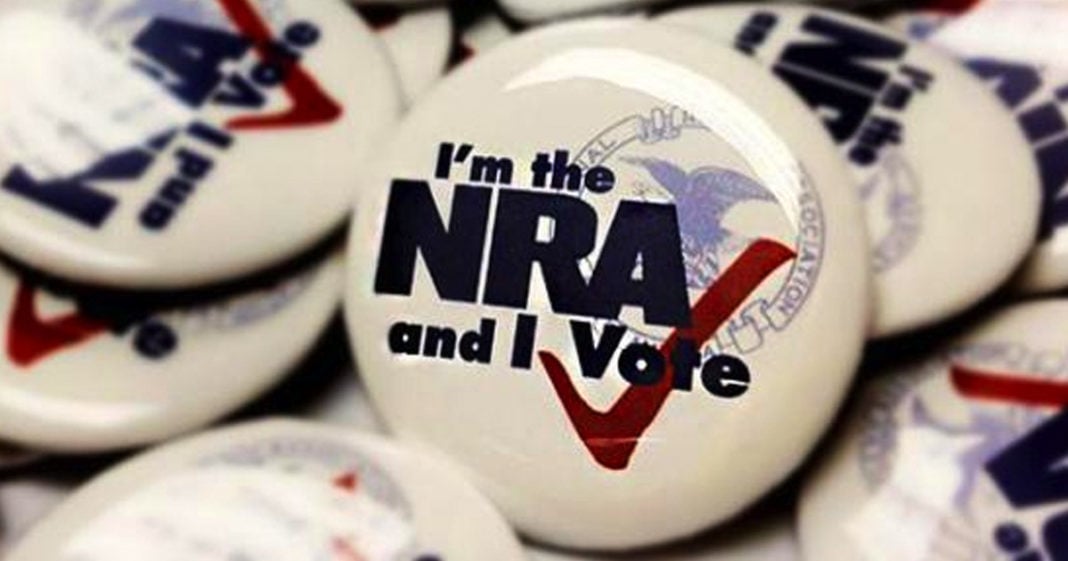 We hear it all the time: Republican lawmakers shouting to the heavens about how “People need to carry guns in order to protect themselves!” and “Americans have rights under the Second Amendment!” But apparently, those statements apply only to white people.

This week, two African-American men were gunned down in cold blood by law enforcement officers for doing exactly what Republicans say all Americans have a right to do.

But where is the outrage from the right?

Early Tuesday morning, Alton Sterling – African-American 37-year-old husband and father of five – was shot to death by white police at point-blank range outside of a Baton Rouge convenience store, despite the fact that he did not have a gun in his hand and had offered no resistance.

Less than 48 hours later, a similar tragedy took place in the Saint Paul, Minnesota suburb of Falcon Heights when a police officer shot and killed 33-year-old Philandro Castile during a routine traffic stop in front of his girlfriend and her four-year-old daughter. According to everyone who knew him, Castile was a generous, hard-working, law-abiding citizen. Yes, he had a gun on him – for which he had a legal concealed carry permit, in accordance with his “Constitutional rights.” He did not have the weapon in his hand, nor was he acting in any threatening manner.

Why was he shot four times at close range?

He was following instructions. As any motorist who has been pulled over by police will tell you, the first request the officer makes is “license and registration, please.” According to Castile’s girlfriend, Lavish Reynolds, he informed the officer that he was carrying a weapon and had legal authorization to do so before reaching for his wallet. Apparently, the officer thought he was reaching for something else.

In a video of the incident taken by Reynolds, the panicked officer immediately after the shooting, yelled “F**K!  I told him not to reach for it! I told him to keep his hand open!”

To which Reynolds replies in a surprisingly calm voice, “You told him to get his I.D., sir – and his license.”

By the time it was over, a decent, innocent human being was dead for no reason other than a police officer’s paranoia and racism. Reynolds was ordered out of the car, handcuffed, and held in police custody until 5 a.m. the next day. Her little girl is now probably traumatized for life.

Had Castile been white, you can be certain that GOP lawmakers and all the right-wing pundits and talking heads would be expressing their outrage on every corporate media outlet. How dare an American citizen’s 2nd Amendment rights be trampled in this inexcusable manner! Something must be done! There must be accountability!

But because Castile was a black man, you will not hear one peep out of the right wing.

Well, actually, there are a couple of peeps; One of them is from the conservative journal, National Review. In a lead article today, “Another Police Shooting; Another Day the News Feels Like It’s in Reruns,” author Jim Geraghty minimizes the issue:

“There are more than 900,000 law enforcement officers in the United States. Obviously, there are bad cops in those ranks…but for some reason,  some will point to this and say, ‘ah-ha, more evidence that cops are racist and murder with impunity!’”

Another peep came last fall from the right-wing publication, The New Observer, which points out that

“According to statistics maintained by the far-left extremist Guardian newspaper in Britain, more than half of all people killed by US police this year have been white, while only 25 percent have been black.”

What the The New Observer fails to point out is that African-Americans make up only 12.2 percent of the total population, while whites comprise 63.7 percent. In 2015, police officers in the U.S. killed over 1,100 people in 2015. Nearly 500 of them were white, while over 300 were black – a bit more than the 25 percent claimed by The New Observer. It may be less than the number of white victims – but it is still disproportionately higher when compared to the general population.

Geraghty is correct when he points out that most police officers are “good people, willing to risk their lives to ensure the safety of the public and the vast majority go through their careers never firing a shot in anger.”

Nonetheless, statistics indicate that an African American is more than twice as likely to be gunned down by police than someone who is white. In too many cases, the black victim was unarmed – or, as was the case with Alton Sterling and Philandro Castile, were not acting in any threatening manner. They were simply exercising their “Second Amendment rights” in a way that was fully compliant with the law, yet they were killed for it.

So come on, all you right-wing gun nuts out there! Where’s the outrage?