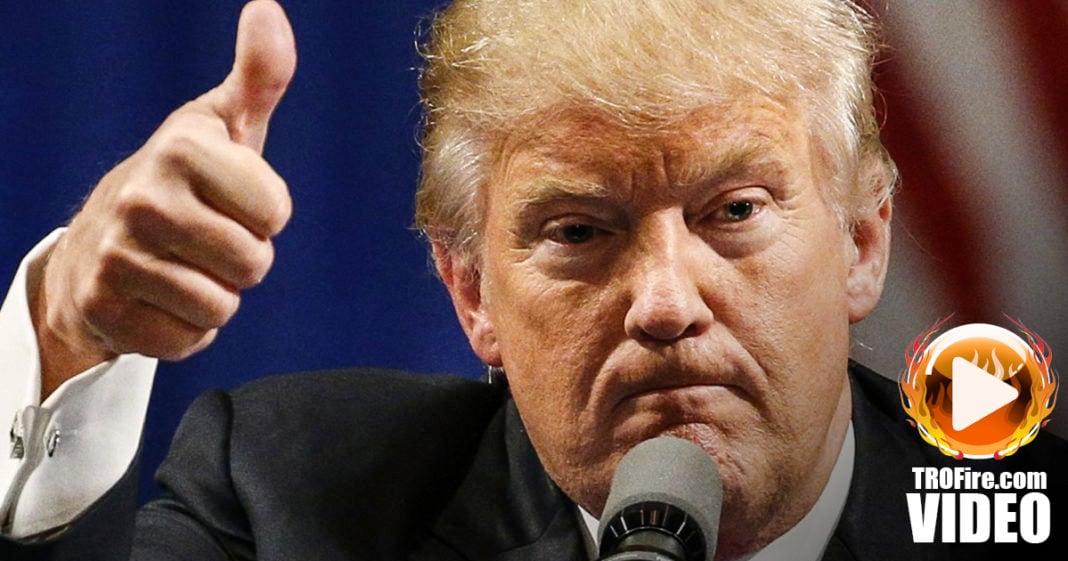 Donald Trump has shown us at every turn that he lacks the discipline, the emotional stability, and the intellect to run the United States.  His latest racist fiasco and subsequent response are prime examples of how clueless this man really is. Ring of Fire’s Farron Cousins discusses this.

Donald Trump may actually be the dumbest person in the history of the United States to run for President, and yes that does include Michelle Bachmann’s failed bid back in 2012. Here’s what I mean, over the 4th of July weekend Donald Trump tweeted out an image that had a Star of David and Hillary Clinton, talking about corruption, bribery, whatnot. I’m sure you’ve seen the story. To defend his use of the Star of David image he then has tweeted out a picture of the Disney movie Frozen. A little piece of memorabilia of Frozen that had the same star outline that says like, “new stickers,” or whatever inside this little coloring book thing, based on the movie Frozen. I don’t know if Donald Trump has any idea really of what he’s doing, it’s clear he doesn’t, but trying to say that what I did is not racist because somebody else did it too. Yeah, that doesn’t ever work.

It’s like dealing with a child. “Why did you hit him?” “Well, because he hit me first.” No, that doesn’t make it okay Donald. Furthermore, the man has no idea how to run a campaign. He’s good at Twitter, I’ll give him that. I’m not good at Twitter because I don’t care. Donald Trump thinks that he can run his entire campaign from behind a keyboard and you can’t do that. When all you’re doing everyday is sending out 140 characters that are just meant to insult one person or another, that’s not campaigning, that’s what high school students do, and middle school students. You’d be doing great Donald if you were running from prom king, but you’re running for president. That’s not going to cut it in American politics today.