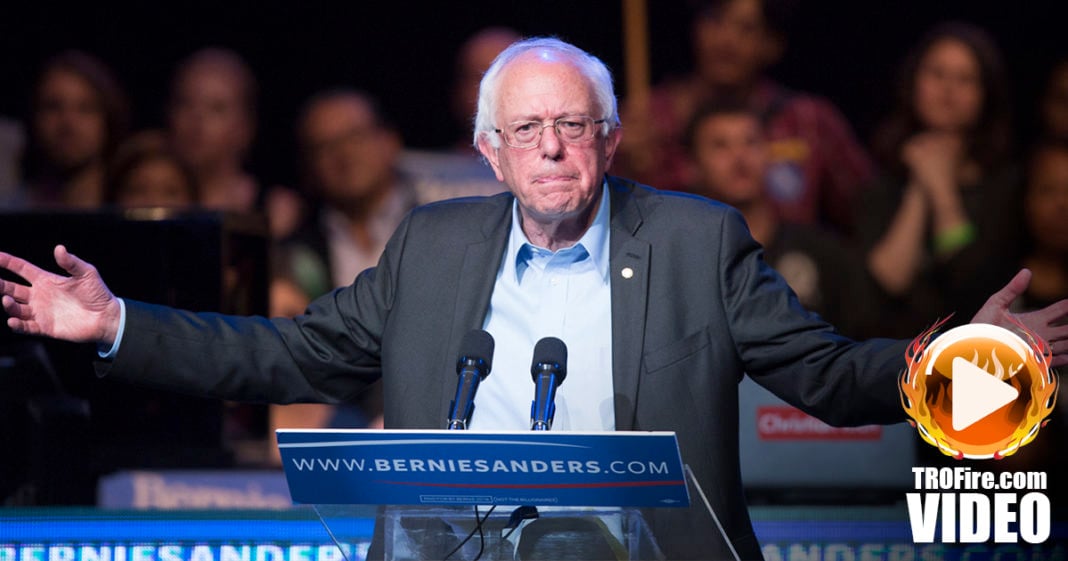 Has the Democratic Party been taken over by petulant children? The behavior of some Democrats in the House of Representatives indicates that it has. Ring of Fire’s Farron Cousins discusses this.

On Wednesday Bernie Sanders went over to the House of Representatives where he was met with a chorus of boos. Not the good kind of boos that you have on a Friday night. The kind that you hear at a bad comedy show. Why did this group of Democrats boo Senator Sanders? Because has has yet to endorse Hillary Clinton. Now at the same time that this was going on other reports were surfacing saying that Sanders had met with Clinton, and they have discussed, which Bernie Sanders has confirmed, an event together where he is going to endorse her. Because Bernie Sanders, an Independent, has not endorsed the Democratic presumptive nominee they boo him.

Here’s something that I think the Democratic party needs to understand, and not just the folks in Washington, but the people watching this video. You can disagree with someone on an issue. You can disagree with someone on two issues. That doesn’t make that person a bad person. It just means you don’t agree on 100% of things, and that’s what we’re seeing right now with the establishment Democrats who are sitting in Washington, DC. They agree with Bernie Sanders on 99.999% of everything for the most part. They’re just mad that he hasn’t endorsed Hillary Clinton. They neglect, and write off every single thing that man has accomplished throughout his entire career. All the good that he’s done, all the support that he has just because he won’t come out and support their candidate.

Now I say that, because we have seen the same thing here at Ring of Fire. We have been doing this for over 12 years. Out there every day exposing Republican corruption, Democratic corruption, corporate corruption every day. Because we’re not blindly supporting Hillary Clinton we get trashed. We’re idiots. We’re fools. We’re the Tea-Party of the left one idiot blogger said. Let me ask you … All of our work over the years, which is a lot longer than most that have been doing this, just like Bernie Sanders, does that all get written off, none of it matters, because we won’t blindly support a Democrat? No, it doesn’t. If you think it does then you don’t belong in politics. Bernie Sanders has been a champion of the left, even while registered as an Independent, for his entire career.

Because for guys like him, and us here at Ring of Fire, it’s not about the label. It’s about the policy, about that person’s beliefs, what they want to do, and what they have done, and what they could do given the opportunity. Bernie Sanders’ own primary was not about Bernie Sanders the person. This man does not have an ego. It’s about a set of ideals, about where the Democratic party could go if we listened to the people, but the Democratic party’s not willing to do that. Partly because the establishment in DC is too dependent on corporate money to continue winning elections. They’re going to continue to pander to corporations, pay lip service to the people, and then stab ’em in the back as soon as they turn to leave. That’s because we do have Democratic supporters out there who think the only thing that matters is winning an election. It doesn’t matter if anything gets changed. It doesn’t matter if no policy is passed whatsoever. All that matters is that we win.

Politics is not a football game. It’s not a baseball game. There’s not a definitive beginning, middle, and end. It is an ongoing, ever evolving process, and if you don’t understand that, again, get out of the game. Go find something else to do, because this obviously isn’t for you. We have to look to the future. We have to make the Democratic party better. That’s what Bernie Sanders was trying to do. That’s what we’ve tried to do, and Tom Hartman, and Ed Schultz, and Mike Malloy, and Abby Martin, and all of the people within the Ring of Fire network. It’s not about being a Democrat or a Republican. It’s about making life better for the middle class, for the working class, for the underclass. It’s about taking care of everybody else. Those people in Washington, DC who booed Bernie Sanders yesterday they don’t get it.