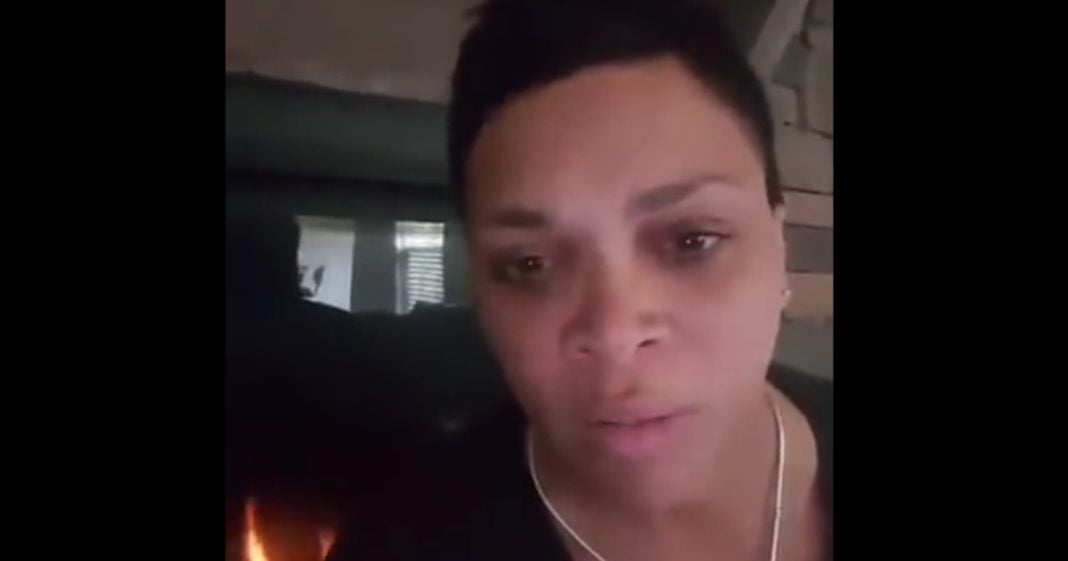 A female Cleveland police officer and person of color took to the internet in a very public way in the wake of the Alton Sterling shooting on Wednesday in order to express an often unheard point of view.

Nakia Jones said she was compelled to speak out after watching the video of Sterling’s murder by police over and over again.

Jones expressed frustration at being lumped in with murderous officers like the ones who killed Sterling, but rather than becoming defensive and blaming the African American community for labeling officers as “bad,” Jones put the full brunt of the blame on officers who behave badly and murder innocent people.

Jones explained that she grew up in the hood and became a police officer because she wanted to make a difference in people’s lives, especially in low-income African American communities. Jones explained that she made a pledge to serve and honor the community, but that so many officers didn’t ever intend to honor that pledge for people who don’t look like themselves.

“If you are white and you work in a black community and you are racist, you need to be ASHAMED of yourself. You stood up there and took an oath. If this is not where you want to work then you need to take your behind somewhere else!”

Jones then launched into a heartfelt, pained, and furious rant against white officers who choose to serve in communities that don’t look like them and let their racism guide them rather than the pledge they made as an officer.

“How dare you stand next to me in the same uniform and MURDER somebody? How DARE you. You oughta be ashamed of yourself.

If you are that officer who know good and well that you’ve got a God complex. You are AFRAID of people who don’t look like you, you have no BUSINESS in that uniform. Take it off.”

It’s so rare that we see this sort of passionate plea from an officer concerning police brutality. Please watch.

Republicans Turn To Bigotry Because They Can’t Win On Policy