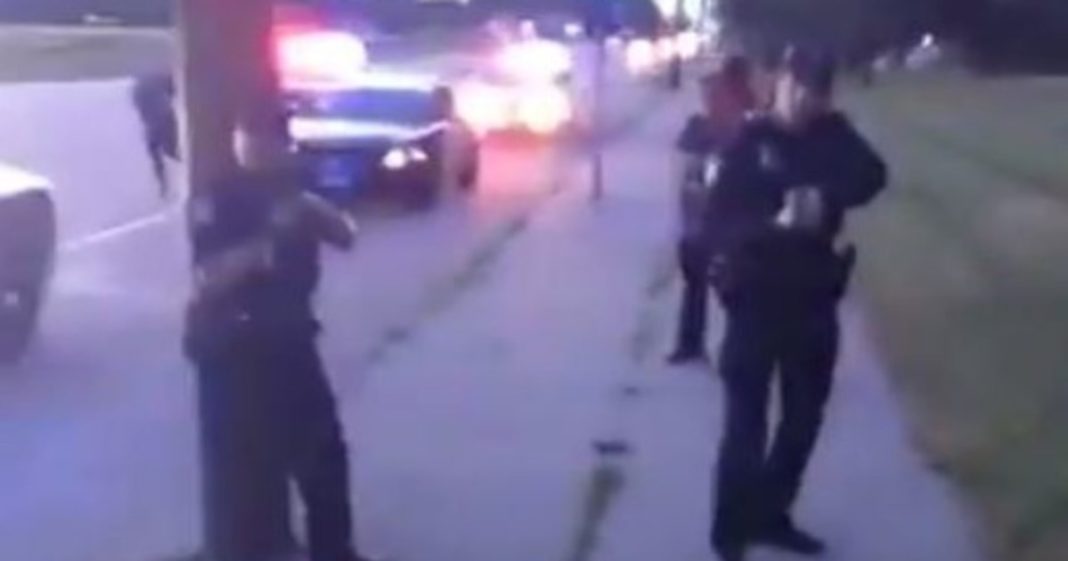 There’s no way around it; Philando Castile was murdered by police for no reason at all.

Just a day after the horrific murder of Baton Rouge man Alton Sterling, Castile lost his life to the boys in blue.

Castile was driving with his girlfriend and a young child when he was pulled over by police on Wednesday evening for a busted taillight, a routine traffic stop that should have gone smoothly and resulted in a warning or a minor citation at most. Instead, Castile lost his life.

During the stop, Castile told police that he was a lawful gun carrier and had the gun and his permit on his person. The officer then told Castile to retrieve his ID and registration. When Castile reached for his wallet in his back pocket, the officer fired on the man multiple times.

Unlike the countless traffic stops and police shootings that rely on police accounts alone, Castile’s girlfriend utilized her cell phone and Facebook Live video recording in order to capture the violent aftermath of the shooting, pleading with viewers to pray for her boyfriend and begging God to keep him alive.

You can read the full transcript of that livestream here.

In it, Castile’s girlfriend Lavish Reynolds explains what happened and begs officers to give her information about the well-being of her boyfriend.

Reynolds pleads with police, telling them that Castile was a good person and didn’t do anything to deserve what officers did to him.

“His wallet and license and registration you told him to get it, sir. You told him and he tried to tell you he had a license to carry and was gonna take it off. Please don’t tell me my boyfriend’s gone. He don’t deserve this. Please. He’s a good man he works for St. Paul Public school. He doesn’t have no record of anything. He’s never been in jail anything. He’s not a gang member anything.”

So often in cases like these, pro-police people are able to dig up minor details of the victim’s lives and behavior in order to remove blame from the police who took extreme action, but Castile’s death is wholly and completely indefensible.

The man was complying with officers, did his due diligence and told them about the weapon he was legally carrying, and was still murdered.

The NRA and other gun-lovers should be furious about this murder, but because of the the color of Castile’s skin, we will no doubt hear nothing but radio silence from gun advocates who don’t claim black gun owners as one of them.