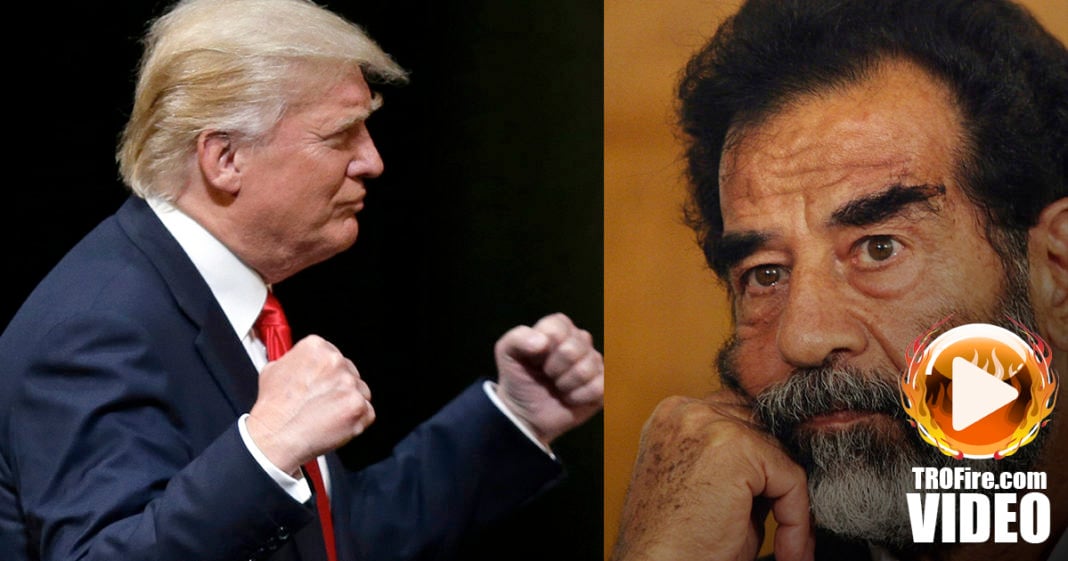 Donald Trump had a ton of praise to heap onto Saddam Hussein, and he clearly needs a quick history lesson before praising a brutal, deadly dictator. But it does give us a decent glimpse into the mind of a psychopath. Ring of Fire’s Farron Cousins discusses this.

Farron: In typical Donald Trump fashion, no real substance there. Just a lot of the same buzzwords like, “He did a good job. A real good job. Good job. Good guy,” for killing terrorists, allegedly. This is according to history of Donald Trump’s own personal psychosis because I don’t there’s anyone on this planet who would think that Saddam Hussein actually did a good job of killing terrorists. He did a great job of killing people that he was oppressing. For example, the time he gassed 5,000 Kurds. Murdered them, because that’s what Saddam Hussein was. He was a murderer. He was an oppressor. He was, by all accounts, by all definitions, a dictator. Hey, to Donald Trump, that’s perfectly cool as long as you’re killing people that you consider to be terrorists because they don’t like your oppressive ways.

This is not the first time that Donald Trump has heaped such praise on to Saddam Hussein. He did the same thing back in February. What Trump does not understand is that Trump’s own policies, his words, his ideas, are what is helping to create more terrorism around the planet. In fact, Donald Trump’s own speeches have been featured in ISIS recruitment videos. Hillary Clinton said that on the campaign trail and PolitiFact rated that as true. Donald Trump really has no ground to stand on when he talks about terrorism, or dictators, or anything like that, because when it comes to those issues, Donald Trump really is the number one recruiter for global terrorism.