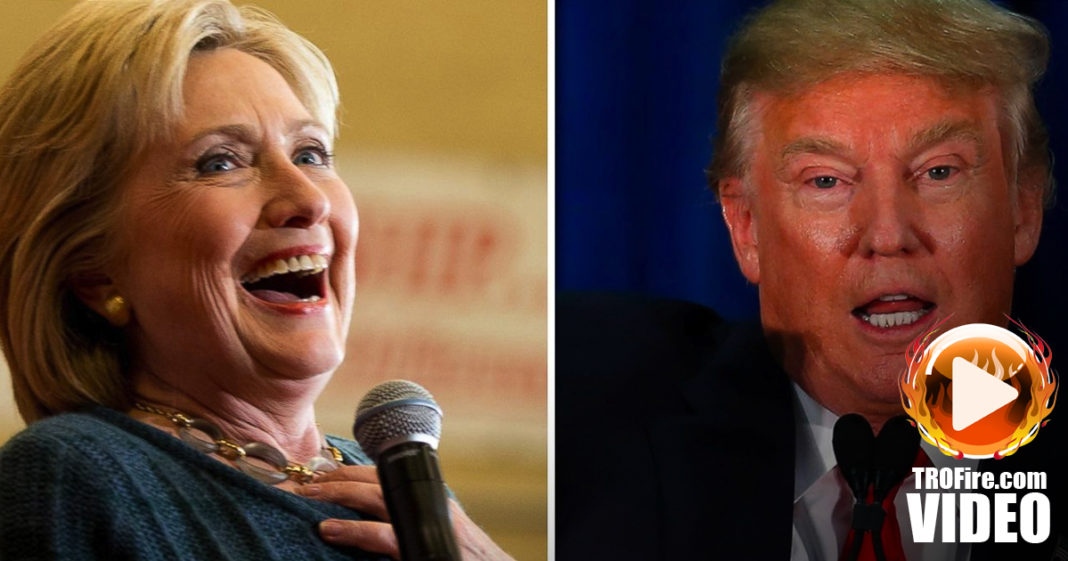 The Republican party has lost a key trust issue among American voters. And that trust issue has to do with the handling of terrorism. Ring of Fire’s Farron Cousins discusses this.

The republican party has lost a key trust issue among the American voters. That trust issue has to do with the handling of terrorism. Ever since September 11, 2001, republicans have always told the American public that they are the only party that can keep the United States safe from Islamic terrorism. According to a new poll, the American public no longer believes that. It all has to do with Donald Trump’s response to the terrorist attacks in Orlando a couple weeks ago. See, immediately following those attacks, Donald Trump went out there, said his nonsensical, hateful, rhetoric. Refused to acknowledge the fact that not only was it terrorism, but it was a hate crime, and he came off very braggadocious and a little bit belligerent.

Meanwhile, Hillary Clinton came out with her response to the attacks. Very reserved. Very well-spoken. Very calm, and very professional. She sounded like a leader. Because of that, by 50% to 39% the American public now trusts democrats, specifically Hillary Clinton, more than they do republicans like Donald Trump to handle issues of terrorism. Now, immediately following the attacks, a lot of people assumed that this was going to help Donald Trump’s campaign. After all, when you campaign against Islamic terrorism and the threat of foreigners coming into the country, and then you have somebody who identifies themselves with ISIS commit these murders, you would think it would play into the hands of that candidate. His campaign is so pathetic that they couldn’t even capitalize on something that fit in to their own narrative.

It’s a good thing they didn’t, because the American public needs to understand that the republican party does not care at all about protecting us from any form of terrorism. We saw that, just last week, when they voted against banning people on the no-fly list from getting their hands on assault rifles. They think it’s just fine for any American citizen, terrorist or not, to have as many guns as you want and do whatever the hell you want with them. If you do something bad, don’t worry, we’re going to pray for you. That’s the republican response to terrorism. You also have Iraq.

You also have the fact that they simply did absolutely nothing for eight years and assumed they could continue riding this paranoia all the way to the White House every four years. The fact is the American people remember that history. They’ve seen what happens. They understand what happens. They understand that they were lied to by the republican party in terms of trusting republicans to handle terrorism issues. That’s why, for the first time since 9/11, democrats are now trusted more by the American public to handle these very sensitive issues because the public understands, at this point, the democrats really are the only grown-ups in the room.