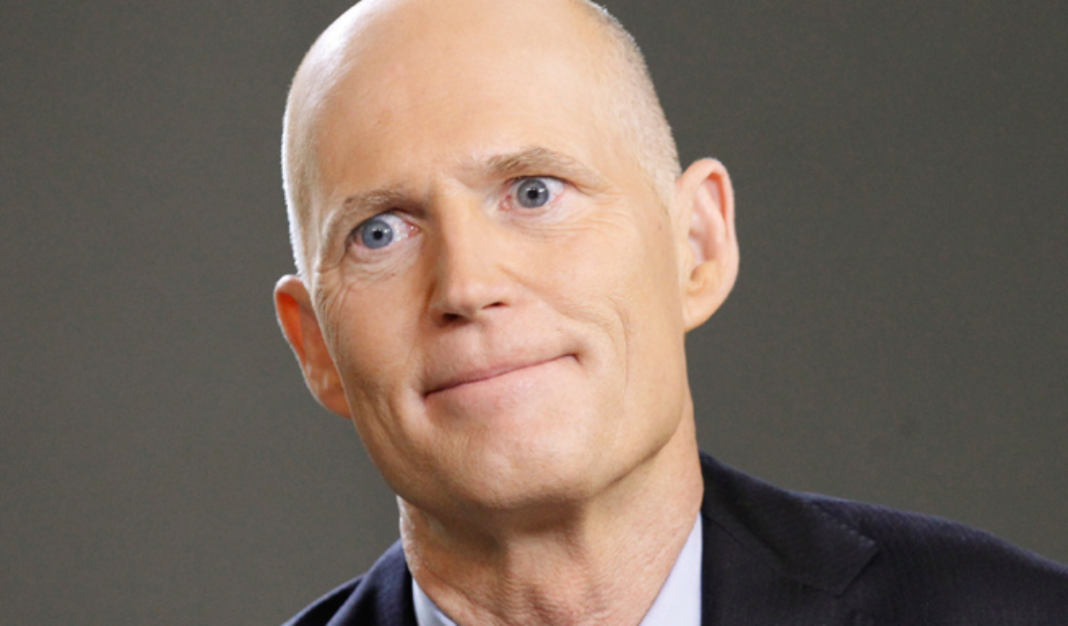 Florida Governor Rick Scott is being honored with an award for environmental conservation by the Florida Fish and Wildlife Foundation despite repeatedly and consistently failing to perform his environmental duties while serving as governor.

Cerabino points to a report from the Public Employees for Environmental Responsibility which noted that the number of polluters who receive citations from the state has drastically dropped since Scott became governor in 2011.

Basically, since Scott took power, any importance previously placed on holding businesses and corporations accountable for their various pollution contributions has fallen by the wayside.

It is now easier than ever to abuse the land, water, and air in Florida, and the result is that crooked Scott is being rewarded for his environmental prowess.

In addition to no longer holding polluters responsible, Rick Scott’s administration has also removed any land conservation efforts and rescinded funding meant for water management and Everglades restoration. Administrators who even utter the phrase “climate change” are threatened and even removed from their positions.

Basically, Scott has done everything in his power to suppress and eliminate conservation efforts, but he will still get that shiny environmental accolade.