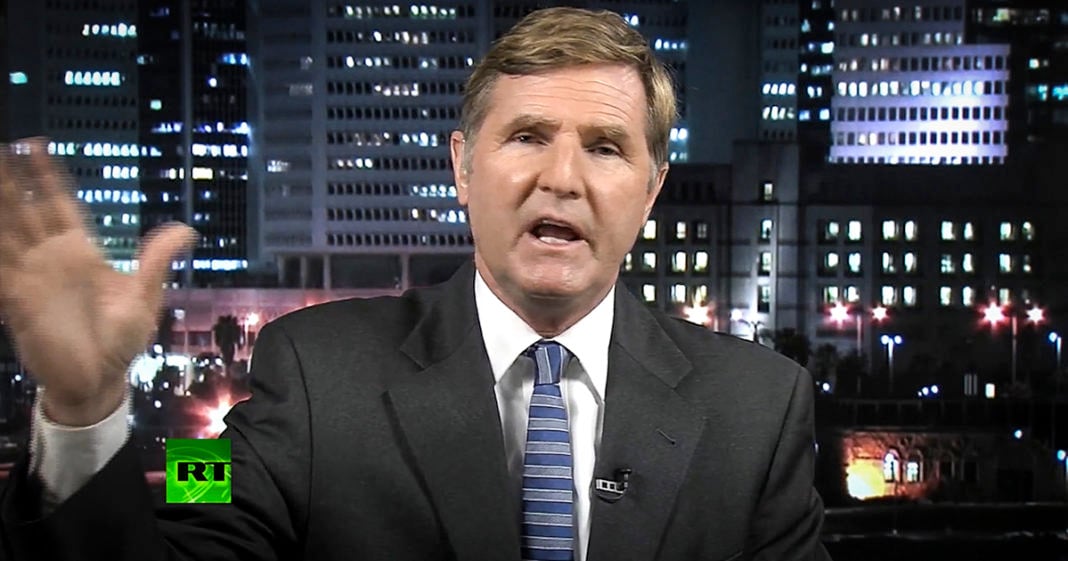 America’s Lawyer, Mike Papantonio, appears on RT’s Redacted Tonight to discuss DuPont’s history with a deadly product known as C8, which they dumped into the Ohio river.

Papantonio: Actually, I was called to be involved in that case. The difficulty is that’s more of a criminal case. People are going to have to go to jail. Now if I were given the chance on the DuPont case that’s being tried in Ohio, as a matter of fact I’d go to trial in the first of June, if I were given the choice, do I put the CEOs and the people who poisoned 70,000 people, do I put them in prison or do we try to get money damages? All day long if you said to me, “What’s the choice?” I’d say, “Put them in prison, that actually changes things.” When people go to prison, it changes things. When I hit them for a big verdict, they don’t care. When the federal government fines them for whatever their wrongdoing is, they don’t care. This is a company who knowingly poisoned, I do not overstate that a bit, Lee.

Camp: This is connected to the making of Teflon, right? How do we know that they knew what they were doing?

Papantonio: We have the documents. They started calling C8 poison as early as the 1960s. They said it’s highly toxic. We know it will kill monkeys, animals of all kinds. On top of that, we have the document that says, “We know the testing that we did on animals has a direct relationship to what it will do to humans.” We have the chief lawyer with the company, the number one lawyer with the company saying, “What we have done is deplorable. We’ve created a liability for 32 years. We’re going to get hit with punitive damages because of our bad conduct.” That’s the number one guy and the lawyer working for this company. There’s no guess work here, Lee. The jury can see the documents. The document says, “We know it’s poison. We know it causes cancer and by the way, keep it quiet. Don’t tell anybody.” That’s the caliber of criminality that we see, but you know what, Lee? Not one person has gone to prison. The Department of Justice has not even done an investigation for 15 years. They have all the information and choose to do nothing about it.

Camp: I think you’re absolutely right that without jail time, usually these settlements are practically like a parking ticket for some of these guys. Goldman Sachs paying $5 billion for their role in the 2008 crisis, and it’s a slap on the wrist. It means nothing to them. It basically encourages the behavior because they know what the cost is, and the cost is not that great.

Camp: One CEO that did go to jail is this guy ahead of the peanut corporation that was convicted of giving people salmonella tainted peanut butter. Basically, that’s because he was a small corporation, not DuPont, not Goldman Sachs. Is that basically what it is?

Papantonio: That’s exactly the right. As a matter of fact, the back story on that is the Department of Justice calculated they had to put somebody in jail because they’re getting so much criticism that they are absolutely ignoring white collar crime, and they’re throwing kids that are selling 2 ounces of marijuana on the corner, throwing them in jail. They were under huge, huge, extreme pressure to do something. That’s the only reason anything happened here. Meantime, Goldman Sachs who knowingly defrauded Mom and Pop, defrauded the economy for $18 trillion, nobody goes to prison. In this particular DOJ, under the leadership of Loretta Lynch has done nothing any different than Eric Holder, which was let them go, simply fine them. What we see in the documents, this is astoundingly what we see in the documents on all of these corporations just like DuPont. They say we can poison, and we can kill x number of people, and it will cost us $2 or $3 billion. In the meantime, we’re going to make $40 billion, so it’s a pretty good risk for us. That’s what we see constantly with these companies whether it’s pharmaceuticals. Whatever it is, we see it all the time.

Camp: To tie these 2 main topics we’ve been talking about together with our last 45 seconds here, is the root of all this problem, is it money and politics? These corporations get away with all this bullshit because they own our politicians? It comes down to money and politics?

Camp: Thank you for all your brilliant truth bombs that you’ve laid down once again.

For more on the dangers of C8, click here.