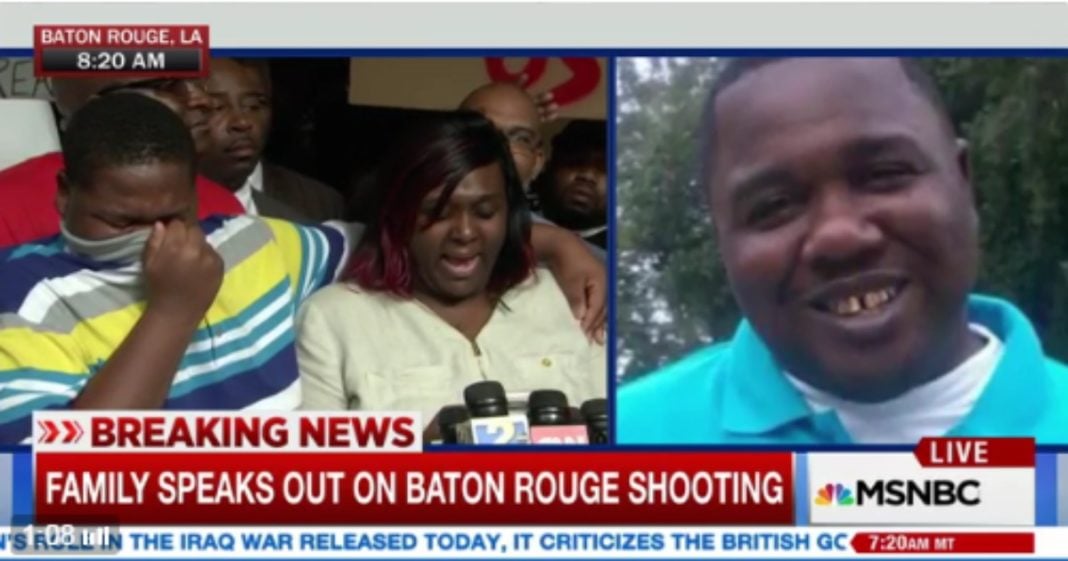 Alton Sterling, yet another man who has been killed at the hands of our government, and will likely join the long list of names who receive no justice.

There are already many who are attempting to discover what the man might have done to deserve his execution, what horrible mistake he made to deserve being shot in the chest and back while pinned to the ground by two officers.

For those individuals who are ready to blame Sterling for his death, watch this heartwrenching video of his widow attempting to release a statement about the man’s character and the injustice he faced while her 15-year-old son tries to hold it together for his mom.

The boy attempts to stand bravely and face the cameras and eager faces, but the words from his mother are too much and his grief overtakes him until the sound of his broken sobs are nearly drowning out his mother’s carefully rehearsed words.

As his mother points out, the 15-year-old boy was the oldest of Sterling’s five children, and no doubt the other four are just as destroyed by the loss of their father as the oldest.

If you don’t care about the death of a black man and are ready and willing to dredge up his every sin and misstep in order to justify his death, you should first stare in the face of the broken family he has left behind.

#AltonSterling‘s 15-year-old son breaks down in tears as his mother speaks during the family’s press conferencehttps://t.co/SWUB4c2Yqm