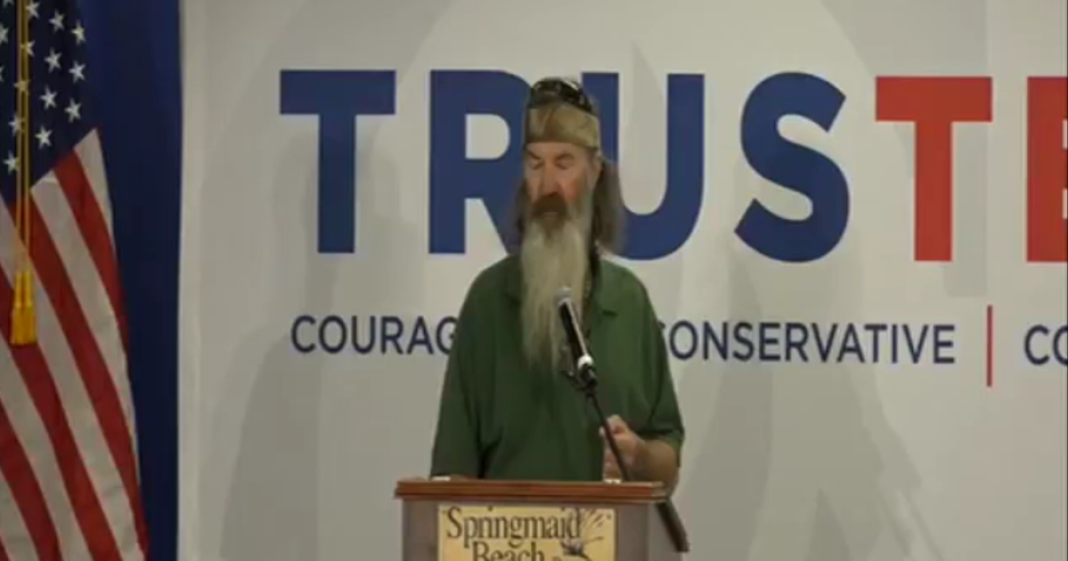 Now, we’re not trying to bash Christianity or argue one way or another, but isn’t the main tenant of any religious faith the “faith” part? As in, it can’t be proven one way or another, so those who subscribe to that belief must simply choose to believe?

Apparently that’s not quite the case for Duck Dynasty patriarch Phil Robertson who, due to the mediocre success of his show (and the glowing success of Duck Dynasty merchandise in any configuration imaginable), has somehow been given a public platform to spew his beliefs.

Robertson made an appearance at a Denver convention center recently to share some of his infinite wisdom, including a condemnation of homosexuality, an ignorant assessment of the trans bathroom issue, and most importantly, the singular proof we all need to believe and KNOW that Jesus was real.

According to Robertson, all anyone questioning Jesus’ authenticity needs to do is take a look at the human-made calendar we all follow daily. If we do so, we see that just over 2016 years ago, something happened – and we call that the B.C. times. And what does B.C. stand for? Well, “Before Christ” of course!

Hmm. I think we’re missing a couple of links here, but I’ll let this one slide, Poppa Duck. You’ve done it. You were the only one to see the secret, Jesus-y meaning in that man-made calendar system. You win. We’re so proud.

But you still gotta sit down and shut up about LGBTQ issues, okay Philip?