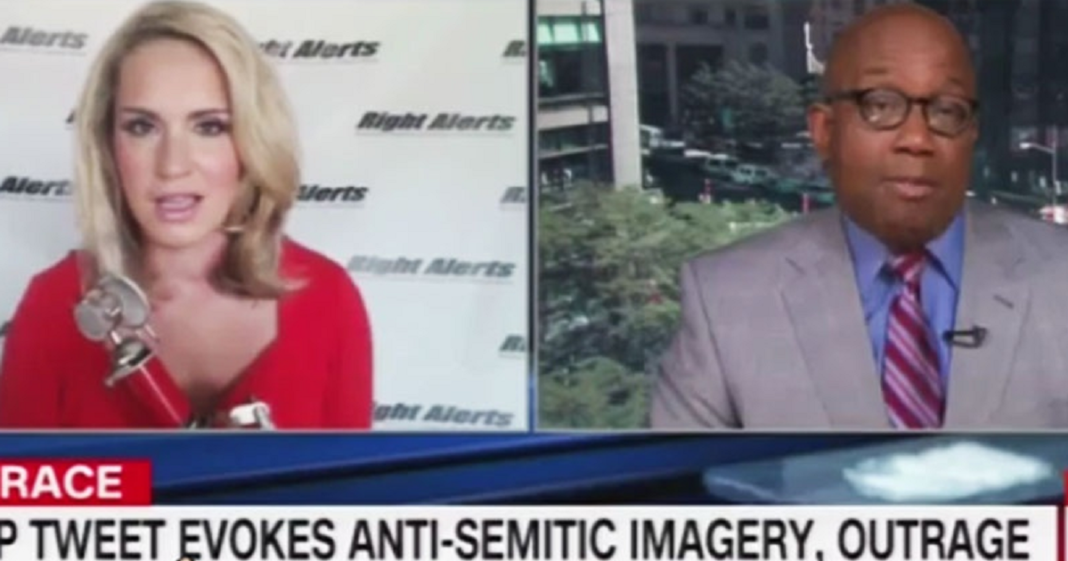 A CNN analyst with probably the coolest name in the world,Errol Lewis, went on a level-headed rant against Donald Trump’s repeated “mistakes” concerning anti-Semitic behavior on Twitter and elsewhere.

The latest “gaffe” from Trump has surrogates everywhere scrambling to remove the blame from their dear leader by trying to argue that the star of David image used by the Trump campaign atop a pile of money was actually a “Sheriff’s badge” or even a “plain old star.”

Commentators and Donald Devotee was one of the many who tried to defend Trump’s horrific tweet by arguing that the message had been online for a while and that Trump had little knowledge of the use of the image by his social media team.

Trump staffer Dan Scavino shared a press release on Monday evening which seemed to corroborate with this story a bit. Scavino told the world that he didn’t steal the image from a white supremacist account but rather an anti-Clinton one. If true (doubtful), then it’s good to know that he’s only a thief, not a deliberate anti-Semite!

Regardless of the scrambling backwards and attempts at tamping down the damage, Lewis set the record straight on Trump’s Jew-hating history and said that surrogate’s attempts to hide the controversy is incredibly dangerous.