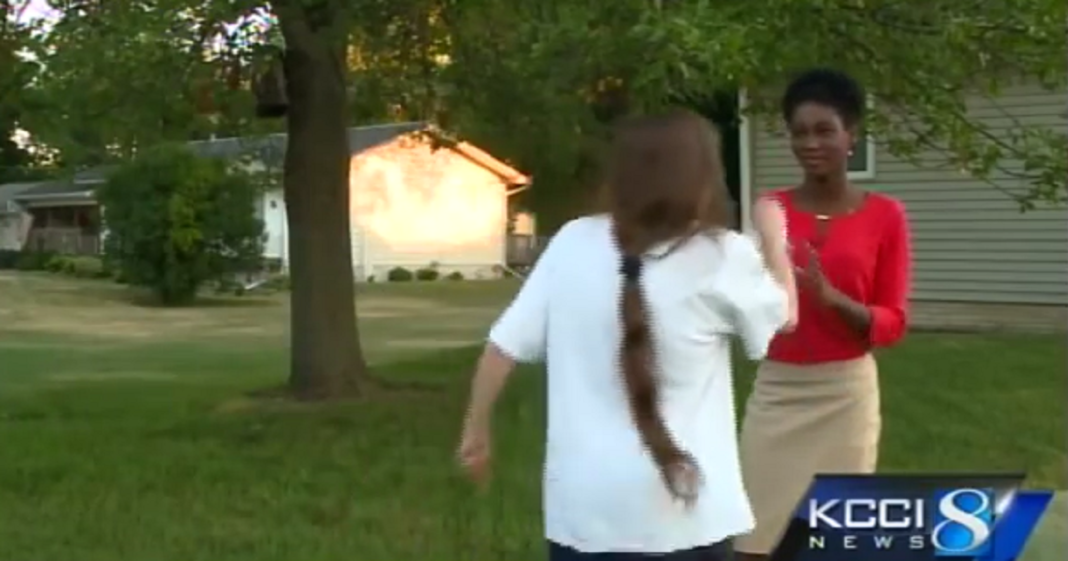 Usually when people commit hate crimes, they at least have the good sense to do so away from public view, but apparently this woman was too hopped up on meth to give a darn about the smart way to be racist.

KCCI reporter Emmy Victor was simply doing her job covering a police shooting in her local community when she was verbally assaulted and threatened with physical violence by a racist woman.

The woman was apparently the mother of a man who had been killed by police the previous day. Police arrived after reports that the man was brandishing a gun in their community, and after 20 minutes of negotiation, police fatally shot the man after he raised his gun and pointed it at police.

The woman shouted racial slurs and threatened both the reporter and cameraman. At one point, the woman lashed out at the camera and knocked over a tripod.

Clearly, the woman was grieving over her loss, but that gave her no right to lash out in a racially-motivated hate crime.

Victor and her crew showed amazing restraint at the violent reaction of the woman.