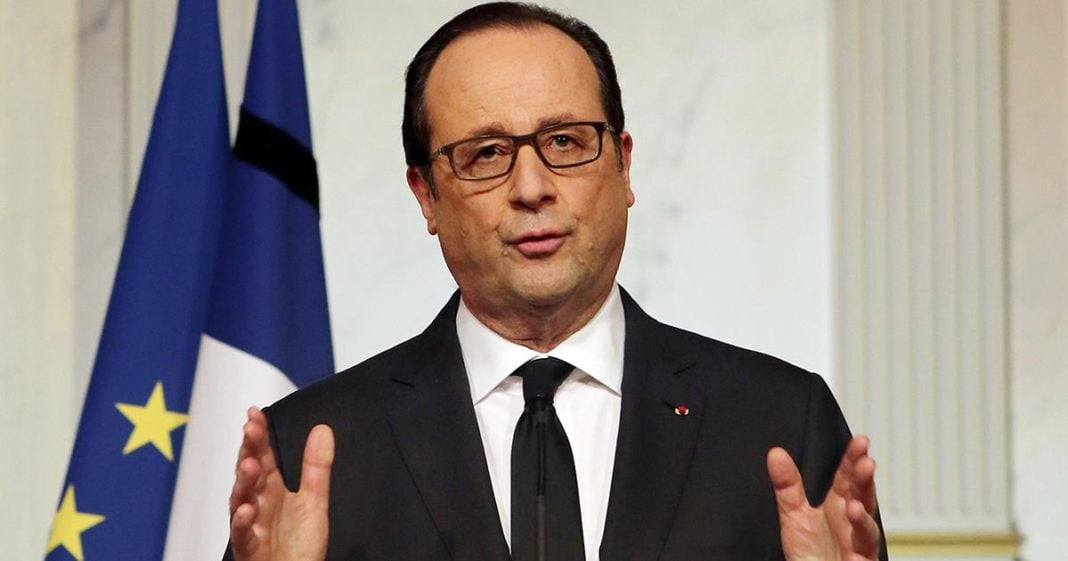 In the wake of the Paris massacre, America became acutely aware of the bravery and leadership from French President Francois Hollande, and today Hollande returns to once again speak to America and the world.

The French President warned Americans and the world that if Brexit could happen so unexpectedly in the U.K., Donald Trump could win the presidency in the U.S. .

“Those who claim that Donald Trump cannot be the next president of the United States are the same who claimed that Brexit would never be voted in.”

Hollande, a socialist, explained why he felt Trump is so dangerous.

“His slogans are not that different from [those of] the far right in Europe and in France: fear of the wave of immigration, stigmatization of Islam, questioning of representative democracy […].”

Hollande also says that a Donald Trump would absolutely strain, if not irreparably damage relations between Europe and the U.S., and that the reasonable compromise is electing Hillary Clinton.

The French President is not the first world leader to express fear and concern about the rise of Donald Trump, and there is no doubt that if he were elected president, there would be worldwide panic and anxiety.