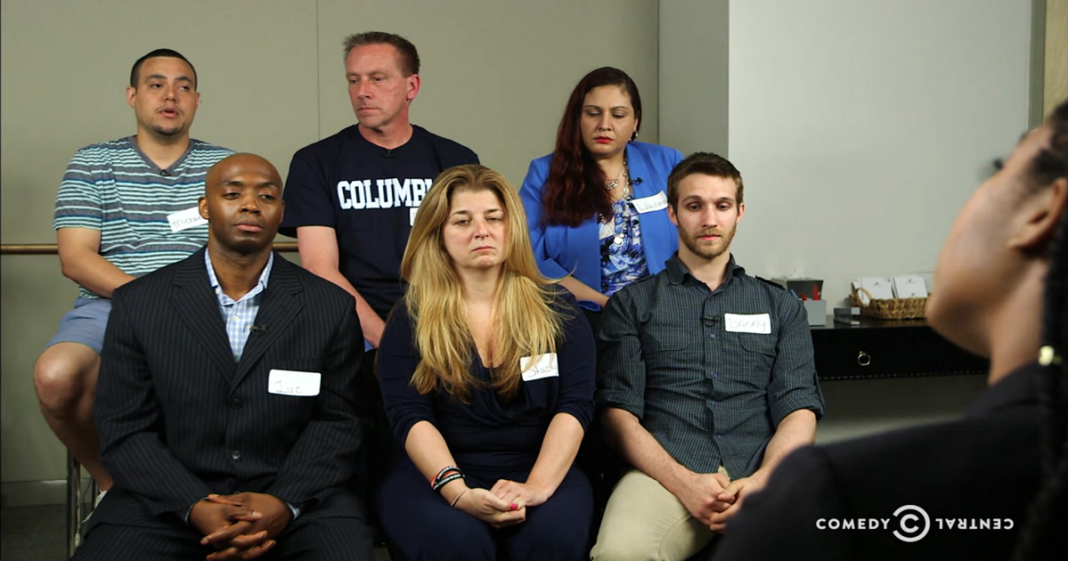 It’s a strange phenomenon indeed that those who supported the progressive-or-die Bernie Sanders would twist their political support entirely to back Donald Trump.

While there are still millions of Sanders supporters who have now turned to third party options, given in to voting for Clinton, decided to write Bernie in regardless, or are planning to stay home on that day in November, a select few have somehow rationalized voting for Trump instead.

Whether they genuinely think that he is better than third-term-Obama Clinton, or whether they have decided that his presidency would somehow be the ‘reset’ button on American Democracy, it’s hard to see where promising Sanders support could have gone so wrong.

Jessica Williams of “The Daily Show” sought to find the missing link between those who were once Bernie or Bust but are now pro-Trump, and what she found wasn’t pretty.