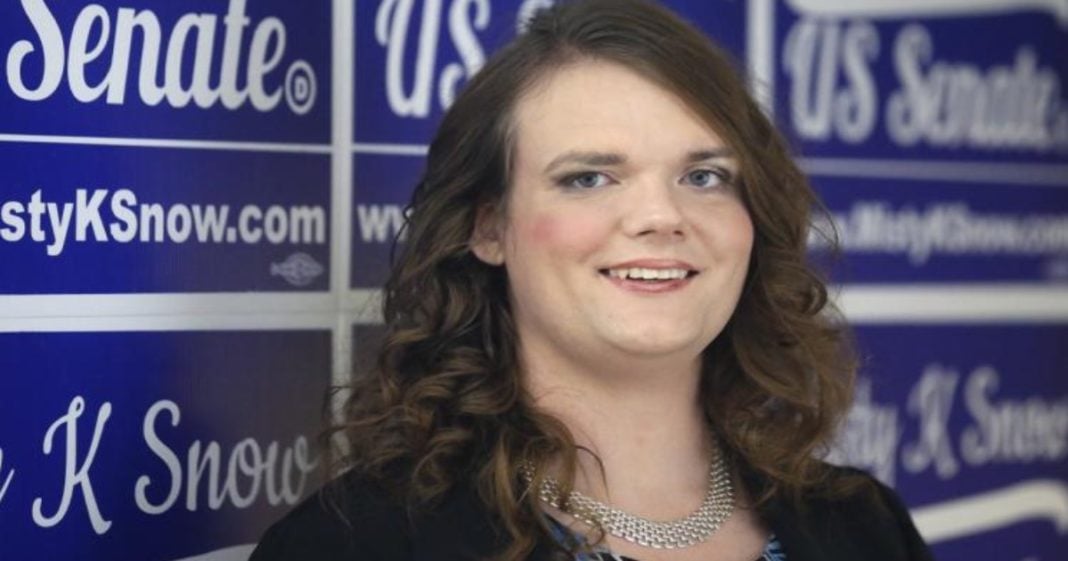 In November, we have the opportunity to make history in more than one category as two transgender women are running for congressional positions.

Both Democrats, these women have quite a lot in common.

Misty Snow, 30, is a grocery store clerk running for senate in Utah. She is the first trans candidate for a major party to run for Senate, and if she is elected, she would also be the youngest current member in the senate.

Misty Plowright, 33, is a Colorado Army veteran and former Microsoft employee who is running for the House. Plowright is not the first transgender individual to run for the House, but she would be the first to win.

Both candidates are going against incumbent Republican lawmakers, and their battle will not be an easy one.

While people often like to complain about factors like this mattering in public elections, the truth is that representation matters. If any American can look at their government, leaders, and other successful individuals and not find an example of themselves somewhere, it is much harder for them to try to picture themselves holding those same successful positions.

Even if Snow and Plowright don’t win the offices they are battling for, it will set a precedent which is just waiting to be overcome. Their run will lead the way, one day, for a transgender individual winning.