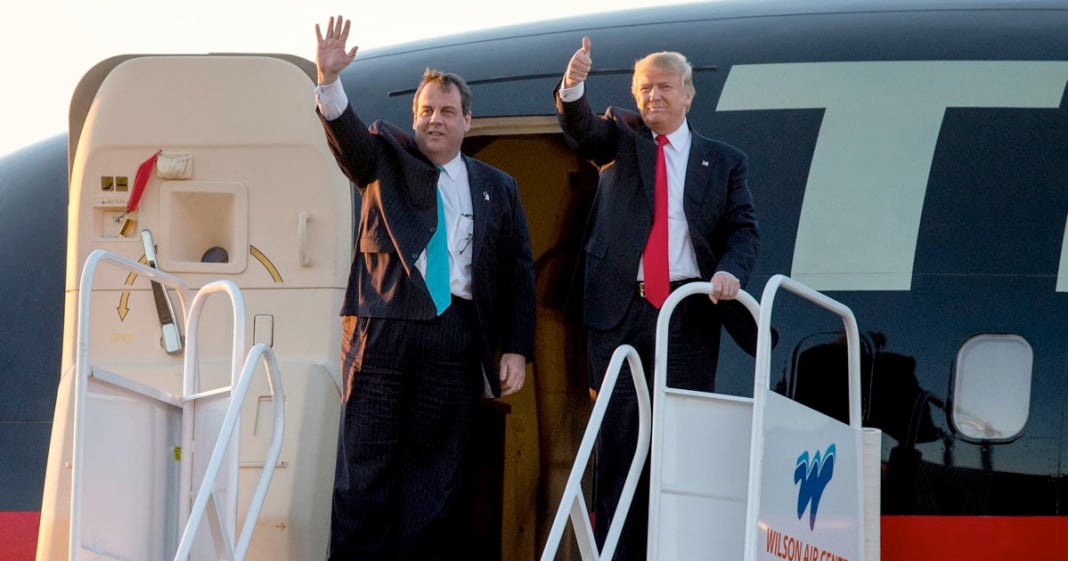 Today is a proud day for Chris Christie as all his hard work is finally paying off with the announcement that he is officially being considered – and vetted – for the position of right hand man to buddy Donny Trump.

That’s right – Christie is officially being considered for Trump’s vice president, an announcement that doesn’t make the ticket any more appetizing, but just might mean that Christie is done going on fast food runs for Trump.

Christie and Trump’s close partnership came as a surprise to many early on as Christie had been one of Trump’s bitterest opposers while he was still in the race. Of course that all changed once Christie dropped out and promptly dropped to his knees for the new Republican leader.

We all knew Christie had an ulterior motive, but just how ambitious he was seeking to be was unsure until now.

And Trump’s presidency would come at the perfect time for Christie who has record terrible ratings in his home state of New Jersey where the majority of his constituents are more ashamed of him than the classic TV trash “Jersey Shore.”

So let’s all raise our glasses to the biggest sellout of 2016 and let’s also look forward to more of his uncomfortable defenses of a man he truly, deeply hates.