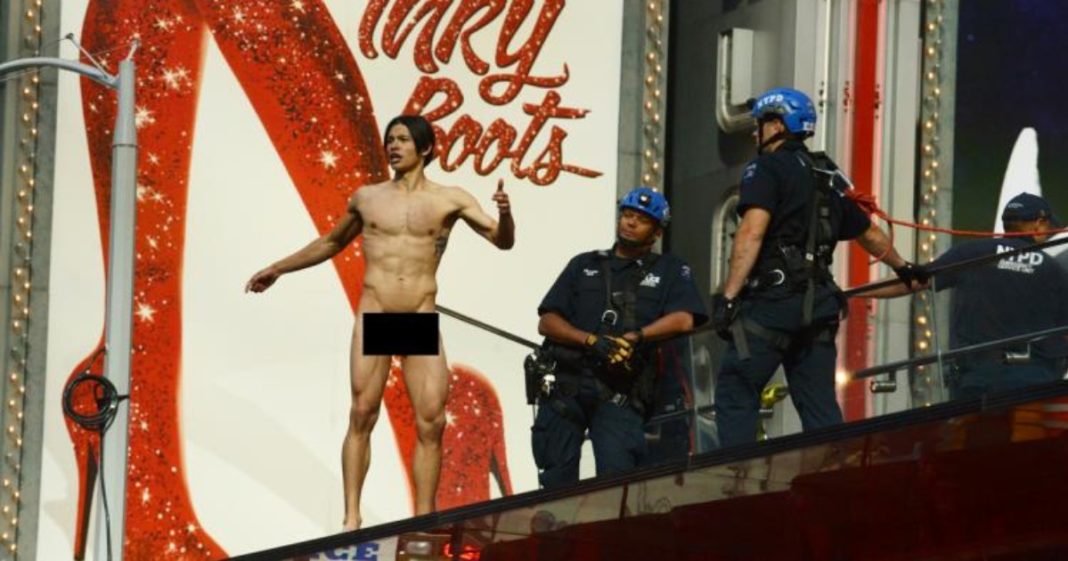 NYC’s Krit McClean decided to air his grievances with Donald Trump this week in a very public and noticeable way, striding around Time’s Square bare-ass naked and shouting, demanding to see Donald Trump.

21-year-old McClean who is reportedly a pretty successful model in NYC, felt no shame in showing his stuff to all of Time’s Square in his efforts to reach Trump.

McClean did a strange dance for tourists, grabbing himself and gesturing for Trump on top of a ledge outside of a Time’s Square Disney store. When police arrived, McClean demanded to talk to “Debbie,” possibly a reference to Debbie Wasserman Schultz?

The man jumped from the ledge and was ultimately carted off to a psychiatric hospital to be evaluated, but to me he seems to be much more sane than the millions of people who are ready to vote for Trump with a straight face.