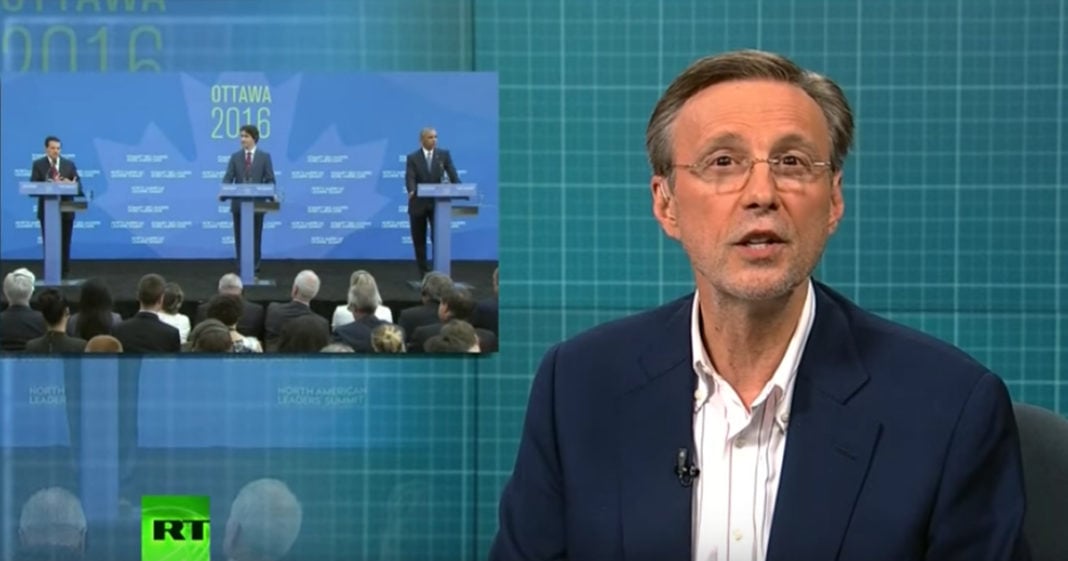 For tonight’s Green Report…we head to Ottawa – Canada – where on Tuesday – the leaders of Mexico – Canada – and the United States pledged to move towards a renewable energy future. According to official measures – around 35 percent of the power generated in North America right now comes from what’s considered clean energy. But under the plan unveiled yesterday at the so-called Three Amigos Summit – the three biggest countries on the continent agreed to raise that number to 50 percent by 2025. Richard Heinberg, Post Carbon Institute/Our Renewable Future: Laying the Path for 100% Clean Energy joins Thom Hartmann to discuss this.