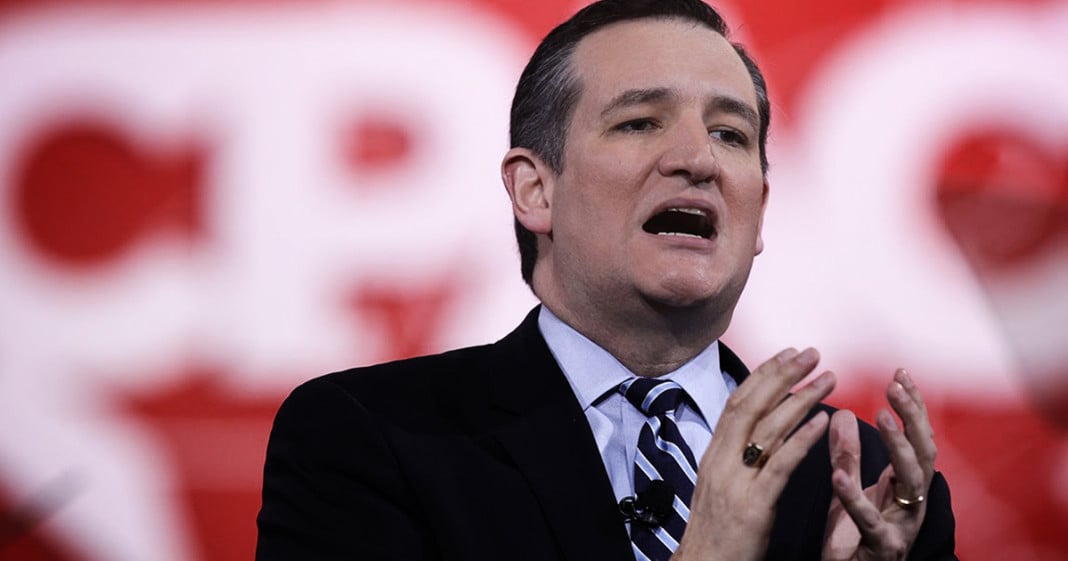 This week, Senator Ted Cruz used a Judiciary Committee meeting with the Head of Homeland Security to go on a politicized rant about the president’s use (or lack of use) of the term “radical Islamic terrorism,” a popular buzzword used by Republicans to try to indicate that the president and his administration prize “political correctness” over eliminating terrorism.

Nevermind the fact that this idiotic talking point has been debunked countless times, the president even went so far as to address the oft-quipped one-liner, telling voters and lawmakers that the use or absence of the term wouldn’t change any aspect of the fight against terror.

Nevertheless, boneheads like Cruz continue to try to capitalize on the reductionist issue, and wasted countless minutes of the Homeland Security Leader Jeh Johnson’s time on the issue.

Cruz pushed Johnson to repeatedly state whether or not he was aware of any purge of records at the Department of Homeland Security of the term “radical Islamic terrorism,” and then questioned Johnson about whether or not the rumor, if true, would concern him.

Johnson became clearly frustrated and called Cruz out on his obstructionist and diversionary tactics.

“Senator, I find this whole debate to be very interesting, but I have to tell you, when I was at the Department of Defense giving the legal sign off on a lot of drone strikes I didn’t particularly care if the baseball card said ‘Islamic extremist’ or ‘violent extremist’. I think this is very interesting, but it makes no difference to me in terms of who we need to go after. And who is determined to attack our homeland.”

Okay, can we move on now?