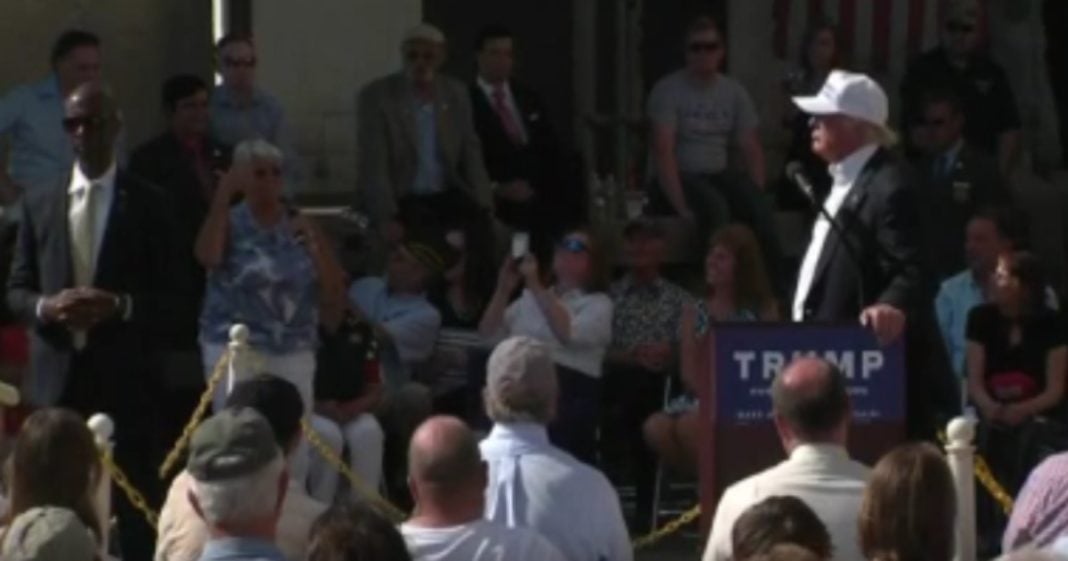 On Thursday afternoon, Republican presidential candidate Donald Trump held a political rally where he lobbed the usual hate-mongering speech and made a joke about a plane flying overhead possibly being a “Mexican” one, ready to cause harm.

But that was all par for the course, of course!

Trump’s event was referred to as a press conference, and yet the only questions he fielded were a small handful of audience questions. One of the few questions including one from a woman who at first appeared to be concerned about veteran employment, but was actually concerned about Muslim women being gainfully employed.

“Um, homeland security and jobs? Why aren’t we putting our military retirees on that border, or in TSA. Get rid of all these head-heebie-jobbies they wear at TSA, I’ve seen them myself. We need the veterans back in there to take it. They’ve fought for this country and defended it. They’ll still do it.”

And that, right there ladies and gentlemen is what we call sandwich racism. You get a legitimate(ish) comment, slide some unrelated xenophobia in there, and then quickly go back to the safe hoorah territory.

I mean, what does this lady believe that would cause her to make this comment in a public forum?

We can’t know the answers to these questions, but we can sure as hell assume!

She learned it from the best, folks!