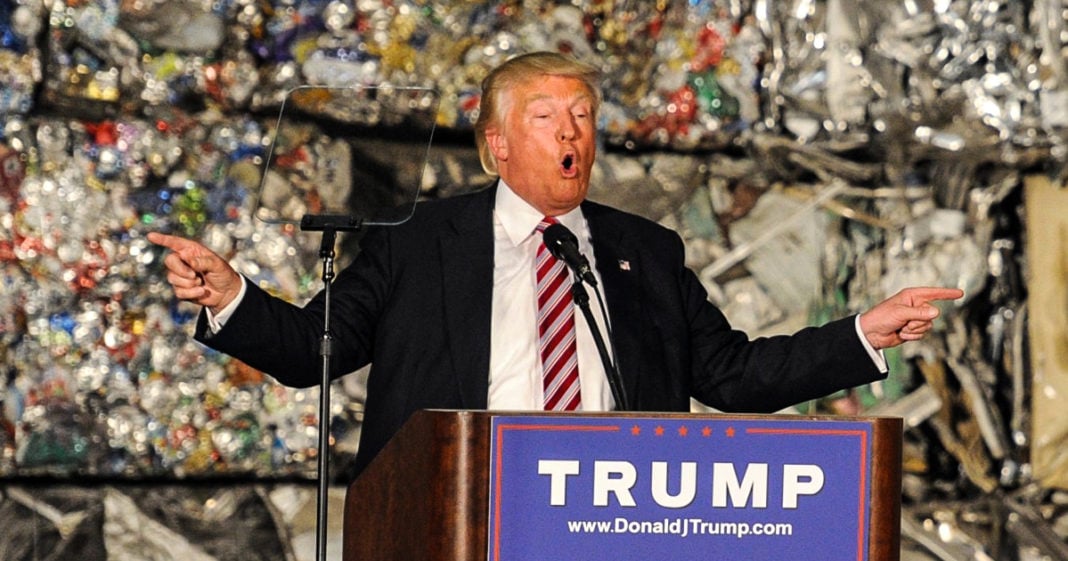 In this Majority Report clip, Donald Trump gives a speech in front of a wall of garbage, something that obviously made the internet foam at the mouth. Anyway, he was telling some lies again, only this time the lies were written out for him ahead of time and he read them from an evil teleprompter. He threatens Mexico, Canada, and China, and lists specific NAFTA articles and sections of trade acts that he most certainly has NO IDEA about.