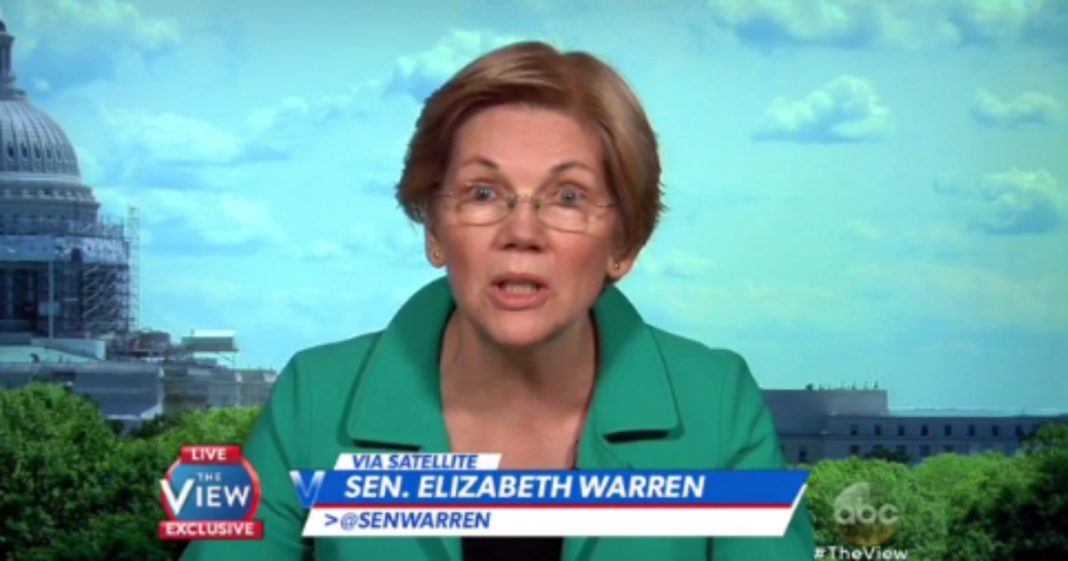 Senator Elizabeth Warren has becoming increasingly visible in the 2016 election, mostly for her repeated clashes with Republican frontrunner Donald Trump.

While more prominent Democrats have held back on the Don, taking the stereotypical gentle liberal route, Warren has grabbed firmly onto her progressive roots and attacked Trump on his home turf: online, and on television.

Warren has already proven that she doesn’t plan to give Trump a free pass to the White House, and we all owe her a debt of gratitude for her dogged determination.

Again, Warren demonstrated this strength of resolve this week on “The View” when she once again called out Trump, noting that the Republican party had waited far too long to take Trump seriously and go on the attack.

Warren said that she was not intimidated by Trump tactics like attacking her heritage and referring to her as “Pocahontas.” Warren promised that his personal attacks would do nothing to deter her.

“Can they bully me into shutting up?… Nope, not happening.”

.@SenWarren responds to Trump calling her ‘racist’: “Can they bully me into shutting up?”
“Nope, not happening.” https://t.co/Yo0twn5BcT