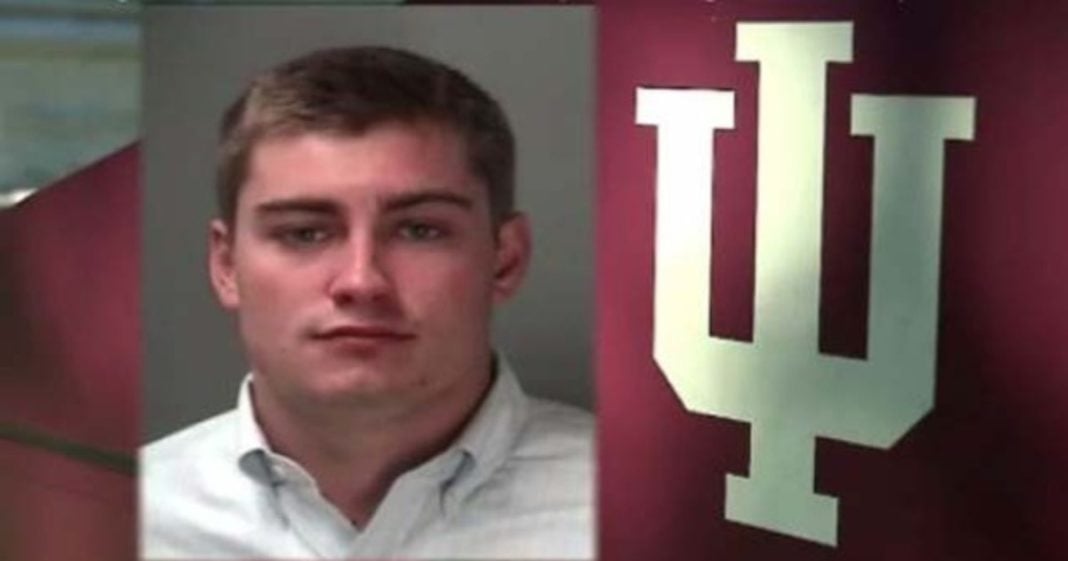 John Enochs acted violently against two women when he committed rape, once in 2013 and once in 2015 while attending Indiana University

Enochs was found guilty of these atrocities, though his punishment will not at all mirror the crimes.

As is too often the case, Enochs has been given a far too light sentence. Based on the severity of his crimes, he should be faing 16 years of hard time, but because of America’s deep justice system corruption, that will not at all be the case.

Enochs will serve just one year of probation for his violent violation of two women,and will serve NO prison time.

Enochs was able to be entered into a plea deal which somehow reduced his felony violent crimes to a misdemeanor, earning him the tiny sentence.

How is this justice?