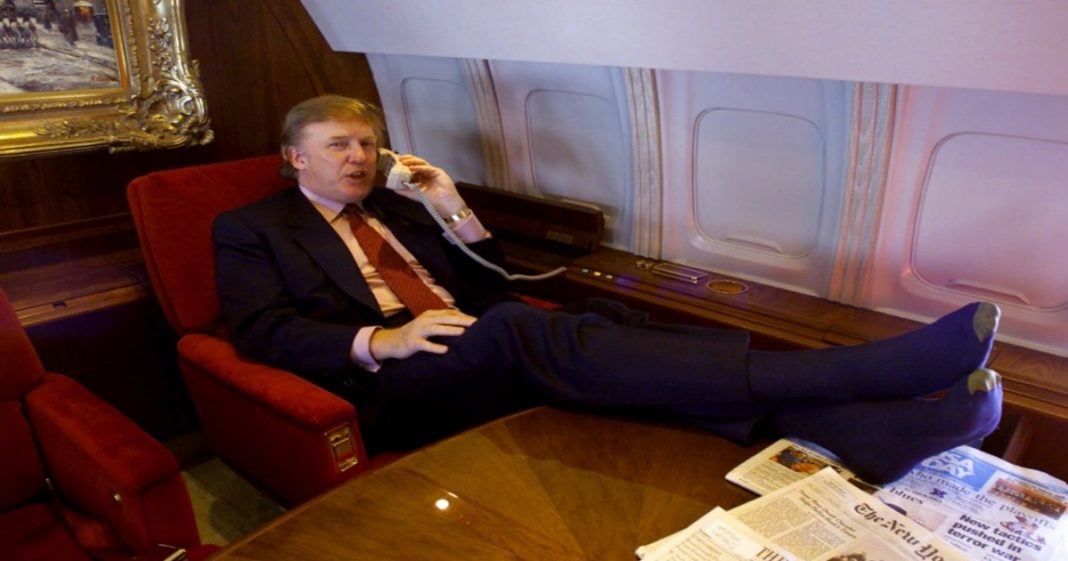 Speaking under cover of anonymity, six former staffers of Trump’s Florida Mar-A-Lago estate say that he had a special phone in his private suite which enabled him to listen in to nearly every phone on the property at his choosing.

The staffers spoke to Buzzfeed News about the illegal and bizarre practice that they claim went on in the early 2000’s – and could still be happening today!

Mar-A-Lago is Trump’s massive 126-room estate in Palm Beach which he rents out to paying guests and celebrities. The estate is where he held his Florida primary win speech event, filled with lavish decorations and even more lavishly dressed, over-Botoxed guests.

According to the anonymous sources, Trump has a secret phone which acts as a switchboard, allowing him to secretly listen in to any phone on the property. The sources claim that they only ever witnessed Trump listening in on employee conversations, but who’s to say he stopped there and didn’t violate the confidence of paying guests as well?

According to the sources, employees at the estate were warned that Trump could be listening in at any point and many reported times when it was clear that he was secretly listening on the line. How unsettling and violating it must have felt to have this threat looming over their heads?

In Florida and in many other states, it is illegal to wiretap or listen in to a telephone conversation without the knowledge and consent of the other parties involved. But Herr Drumph was never the type to let pesky laws get in the way of his billionaire wishes.

Trump’s racist former butler claims that the phone was never used in the way the others are claiming, merely existing to make it easier for Trump to reach other phones in the estate – but that’s the guy who said Obama should be lynched among other crazy racist things, so his word is basically dirt.

knowing how much we do about Trump’s paranoia and disregard for the truth, it is not hard to imagine a scenario where Trump regularly listened in to any and every conversation going in and out of his estate.

A man who would do something so sneaky and nefarious would no doubt continue those invasive practices in the White House, a daunting prospect.