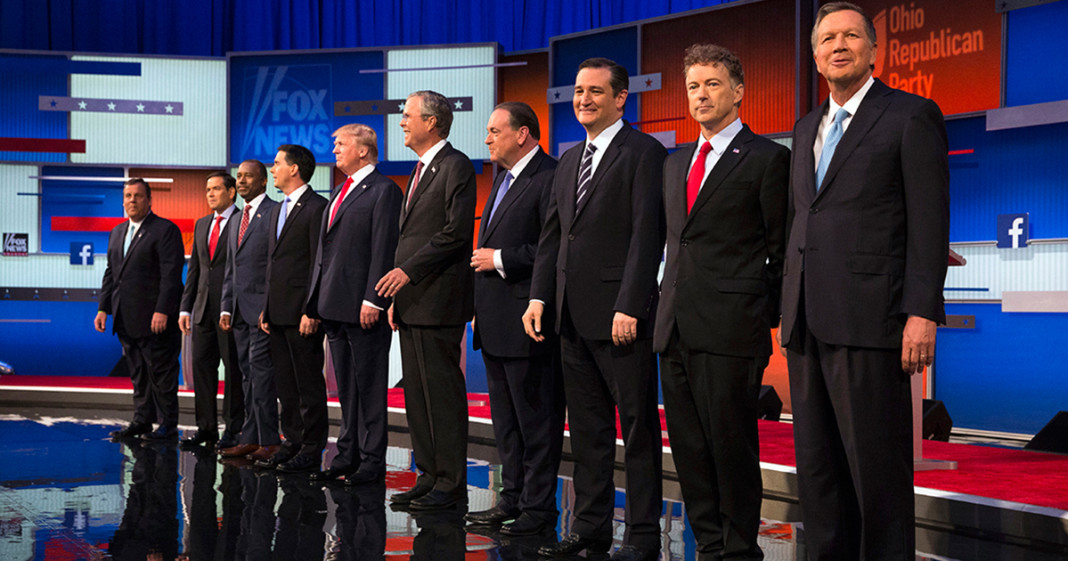 The Federal Elections Commission has determined that the Fox News Network broke election laws in 2015 and 2016 when they elected to break the Republican primary debates into two-tier events, a violation which likely led to much of Donald Trumps’ success.

The FEC discovered the violation after a complaint was filed and investigated. The FEC determined that the network had given an unfair advantage to the candidates in the first-tier debate, a violation which was equivalent to illegal corporate contributions.

By electing to feature some candidates, but not all, they were making a corporate contribution to those campaigns, in effect.

Members of the board voted whether or not to penalize the network for their unfair contribution, with Democratic members pushing for penalization. The vote fell shy of one member, splitting the numbers 3-3 and letting Fox off scot-free.

This is the first time that the FEC has come close to penalizing a news network for their election coverage concerning debates. The complaint straddles the line of media censorship, a dangerous precedent.

Various candidates expressed unhappiness at the two-tier style including Carly Fiorina who complained more than once about being placed at the kiddy table.

Looking back, it was during these two-tier debates that Donald Trump began to shine, having less voices to compete with. Was it possibly a conscious effort to feature the Donald, or was it simply a money-grab for more prime-time presidential coverage?

Either action is not admirable, though one is simply greed while the other is unethical and illegal.