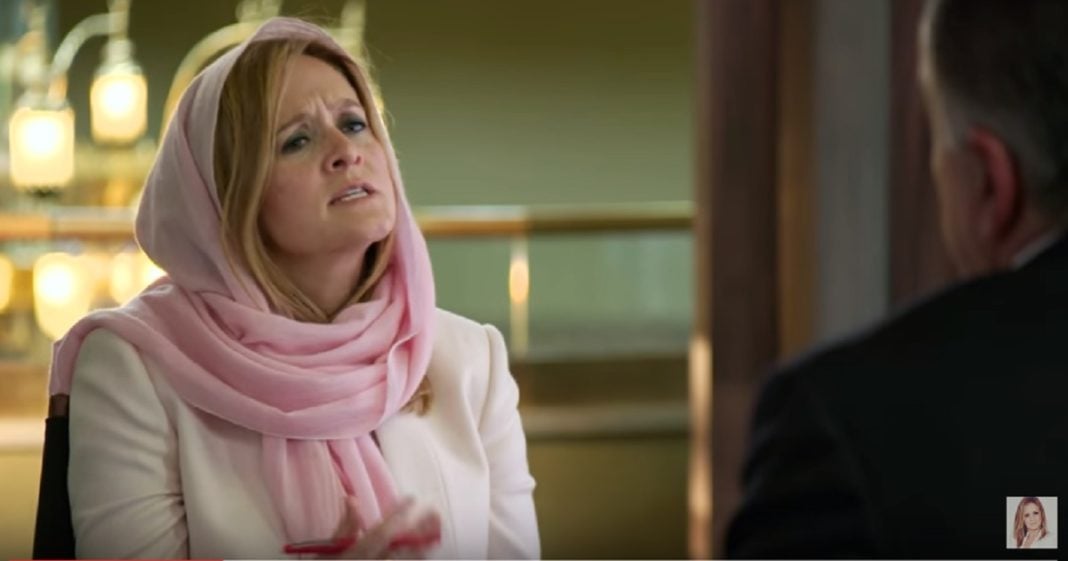 When Samantha Bee isn’t spending her time lobbing biting satire and clever jabs at the morally corrupt on her show “Full Frontal,” she is out in the field gathering important first-hand accounts of Americans who are in the forefront of political news.

On this week’s show, Bee decided to look into the popular right-wing talking point which insists that American Muslims are not doing their part and failing to report suspicious activity among their peers in order to prevent terrorist attacks.

This line of reasoning was popularized by Donald Trump in the wake of the San Bernardino shooting and hasn’t stopped since.

Bee took a trip to the most Muslim-heavy city in America, Dearborn, Michigan. While there, she spoke with Muslim leaders and Muslim police officials about what their processes are for observing and reporting suspicious activity.

Bee discovered that in places like Dearborn, there are already sophisticated reporting methods in place in order to keep an eye on members of the faith, and in cases of suspicion, the police are alerted.

They saw something, they said something, and yet Donald Trump keeps yammering on.