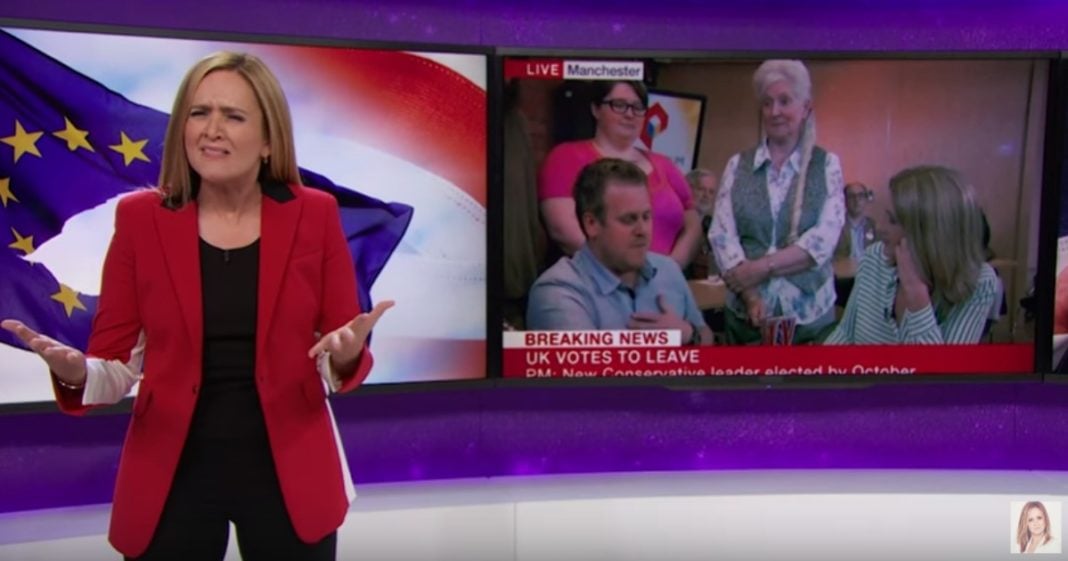 In reflection on the recent vote by U.K. citizens to remove themselves from the European Union, American show host Samantha Bee threw her hands up in the air and wondered what could have made our reasonable neighbors do something so rash.

Bee warned the audience that the Brexit vote was an ominous sign of what’s to come if America is not ever vigilant about keeping Donald Trump out of the White House.

“Even a brain-damaged baboon couldn’t miss the parallels between the U.S. and Britain.”