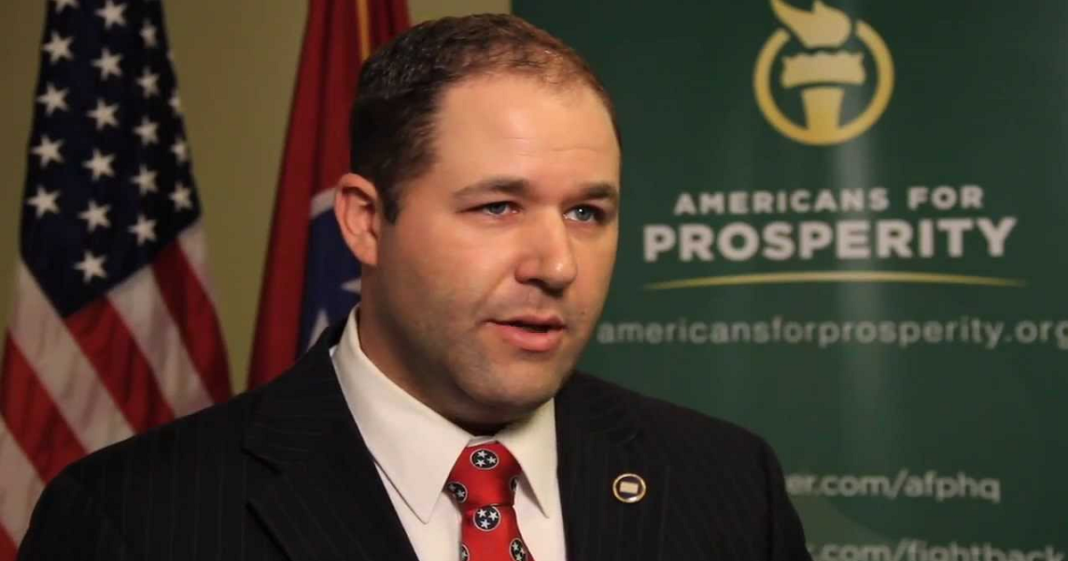 Because we live in such a gun-obsessed society, there were more than one reactionary gun giveaways in the wake of the Orlando pulse shooting just over two weeks ago, a sad commentary on our views of guns in America.

Among those insensitive jerks who took part in this style of raffle was Tennessee Republican representative Andy Holt who made an appearance on Fox News to defend his decision to give away not one, but two AR-15 rifles just two days after the Orlando shooting.

Holt offered the usual logic-less defenses, saying that the gun used in Orlando wasn’t an AR-15 anyway, it was just a very closely related and nearly indistinguishable gun ALSO capable of murdering dozens in mere seconds.

Then, Holt said that of course, Islam and terrorism was the answer, so unless he was giving away a Quaran, I guess he was blameless in this whole thing!

Finally, Holt gracefully thanked the “liberal media” for helping him to raise so much money for his gun nut causes.