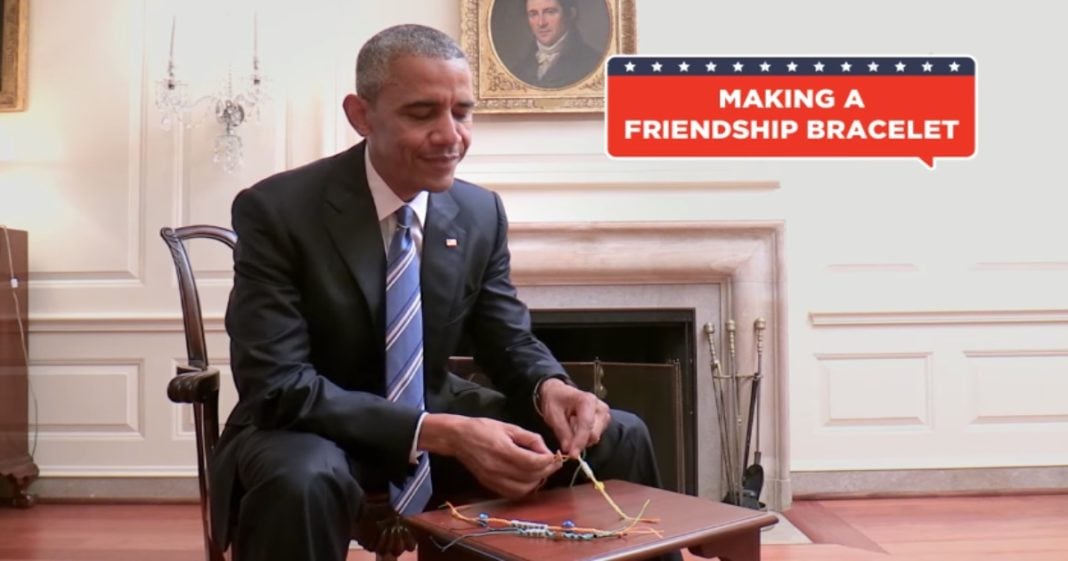 Most of us are well aware that Buzzfeed, now a diverse media conglomerate, got its start with listicles – that is, articles that comprise of basic and entertaining lists.

Though Buzzfeed has largely moved on to bigger and better things, they took advantage of the form for a collaborative effort with President Obama which seeks to encourage voter registration and participation.

In “5 Things That Are Harder Than Registering To Vote, Featuring President Obama,” the president attempts to name every Game of Thrones character who has been killed, untangle a tightly wound set of headphones, succeed at the game “Operation,” make a friendship bracelet for his good buddy Joe, and stack cheerios in the popular trend.

“That stuff’s hard, but you know what isn’t? Registering to vote!”

The president then encourages viewers (clearly targeted at young voter-aged adults) to get out and register to vote.