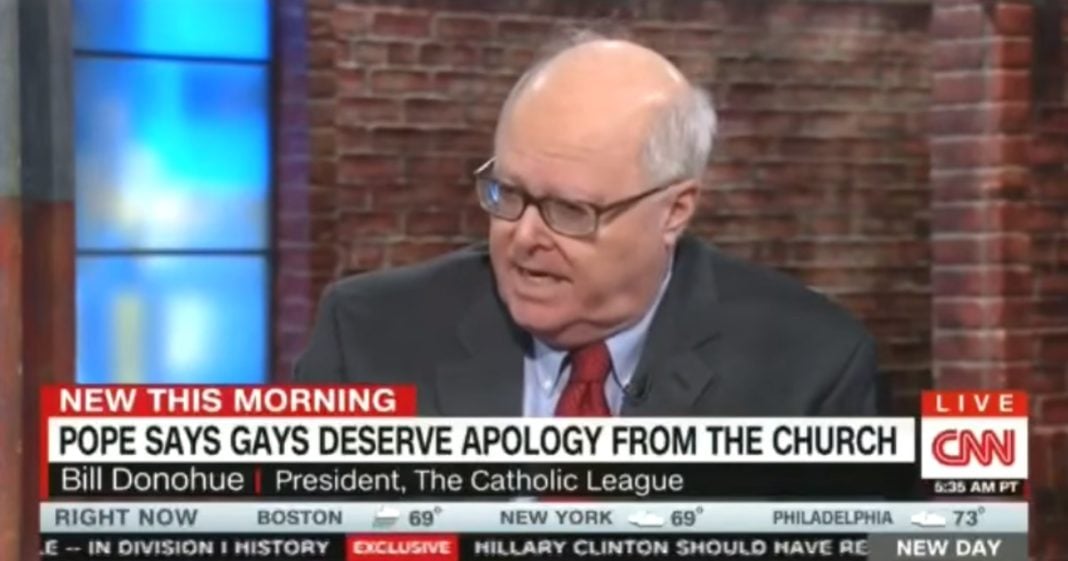 This week, the leader of the Catholic church Pope Francis made a shocking declaration which said that members of the church should apologize to homosexuals for the mistreatment and judgement they have endured in the name of religion.

“The church must say it is sorry for not having behaved as it should many times, many times — when I say ‘the church,’ I mean we Christians, because the church is holy; we are the sinners. We Christians must say we are sorry.”

CNN’s Chris Cuomo brought on devoted Catholic Bill Donohue who has been staunchly and publicly anti-gay to give his take on the decree issued by the head of his church. Unsurprisingly, he was not at all pleased with what the pontiff had to say.

“As a matter of fact, I want an apology from gays. I’ve been assaulted by gays. I’ve never assaulted a gay person in my entire life.”

Unsurprisingly, the conversation quickly devolved as Donohue shared the same homophobic bigotry that we are all familiar with, saying that he doesn’t care about gays but that he becomes upset when their lifestyle is “thrust” into his face.

Thankfully, Cuomo challenged his language and the debate only becomes more intense.